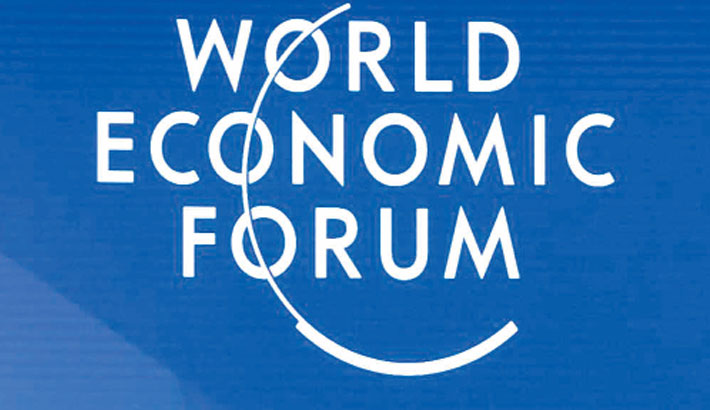 Thunberg was in the audience in the Swiss Alps to hear a typically bullish speech by Trump, delivered just before the start of his Senate impeachment trial in Washington.

The 50th meeting of the World Economic Forum (WEF) got under way in the ski resort with an avowed focus on climate change but with starkly different visions over global warming laid bare.

“We must reject the perennial prophets of doom and their predictions of the apocalypse,” said Trump, growling that “they want to see us do badly”. He claimed that “alarmists” had been wrong on previous occasions by predicting population crisis, mass starvation and the end of oil.

Trump branded those warning of out-of-control global warming and other environmental disasters “the heirs of yesterday’s foolish fortune tellers”.

Trump told reporters later that his Davos trip was devoted to meeting “the most important people in the world and we’re bringing back tremendous business”.

“The other’s just a hoax,” he said of the “disgraceful” impeachment trial.

Before Trump’s appearance, Thunberg underlined the message that has inspired millions around the world, saying “basically nothing has been done” to fight climate change.

“It will require much more than this. This is just the very beginning,” the 17-year-old said.

Speaking calmly and with a wry smile, Thunberg acknowledged that her campaign which began with school strikes had attracted huge attention without yet achieving concrete change.

“There is a difference between being heard to actually leading to something,” she said.

While the WEF and individual business leaders have been detailing their own concerns about climate change, Greenpeace complained in a new report that some of the world’s biggest banks, insurers and pension funds have collectively invested $1.4 trillion in fossil fuel companies since the Paris climate deal in 2016.

Trump in his speech reeled off a list of achievements for the American economy and touted the United States as the “number one producer of oil and natural gas”.

There are no expectations that Trump and Thunberg, who have exchanged barbs through Twitter, would actually meet, but the crowded venue and intense schedule mean a chance encounter cannot be ruled out.