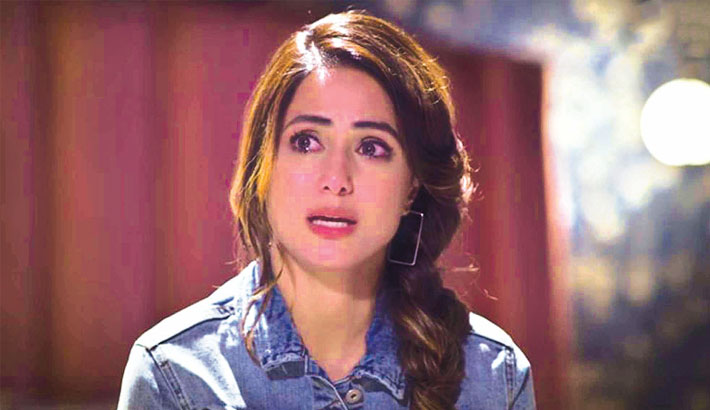 After leaving everyone impressed with her appearance on television, actress Hina Khan is all set to make her Bollywood debut with Vikram Bhatt’s film ‘Hacked’. The trailer of her film released Monday and since then, it has taken the internet by storm.

It was expected that since this is Hina’s first film, her fans would definitely love the trailer. But it has crossed all the boundaries since it received a thunderous response from the audiences, reports Times of India.

Hina’s fans have in fact flooded the social media with their posts and netizens have also started trending #HackedTrailerRocks on Twitter. All the fans are hailing Hina for her performance and have already called her film a ‘blockbuster’.

One of the users wrote, “This girl knows only work, even if she will be tired still she won't let it impact her work or commitments, indeed self made n one who always does work that r challenging n leave a msg, making a debut with #Hacked that has such strong msg says all @eyehinakhan #HackedTrailerRocks”

Another user wrote, “Hey [email protected] we are so proud of you! Trailer of #Hacked got thumbs up from audience!!Honesty speaking i wasnt expecting trailer to be that good! #HackedTrailerRocks my queen wishing you more success”

Reacting on the response the trailer has received, Hina said, “The love we have received has been tremendous and I hope we receive the same kind of support once the film releases in theatres with house full bookings. I truly feel grateful.”

‘Hacked’ also stars Rohan Shah in the lead and it is slated to release on February 7, 2020.