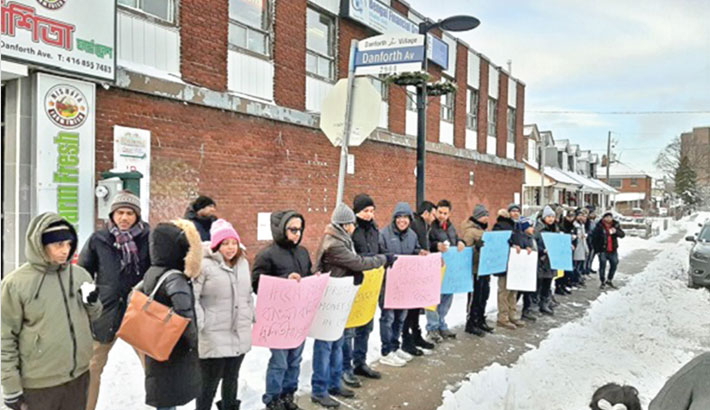 Bangladeshi expatriates living in Canada form a human chain in Toronto on Sunday, demanding punishment for those involved in laundering money from Bangladesh to the North American country.

Bangladeshi expatriates living in Canada staged a demonstration in Toronto on Sunday, demanding punishment for those who are settled in the North American country after laundering money from Bangladesh.

They urged the Canadian government to take legal action against those involved in laundering money from different banks and financial institutions in Bangladesh.

The Bangladeshi expats staged the demonstration following several reports published in Dhaka’s newspapers. They also called upon all to boycott the money launderers and build a social resistance against them, reports Channel I online.

Though common people took part spontaneously in the protest programme, the Ontario unit of Awami League expressed solidarity with the movement and also attended the human chain.