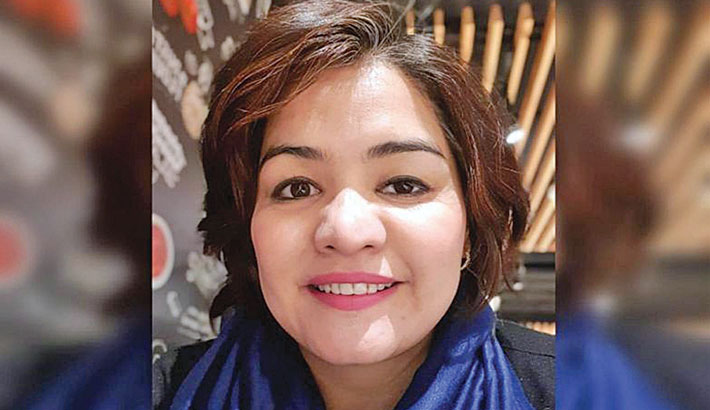 LAHORE: Pakistani authorities refused to let a top human rights lawyer leave the country, citing her “anti-state activities”, she told AFP on Monday, in what appeared to be the latest example of an ongoing rights crackdown.

Jalila Haider, who last year featured on a BBC list of 100 inspiring and influential women for her work defending women’s rights in Pakistan, was briefly detained by immigration officials in Lahore as she tried to fly to Britain to attend a workshop on women’s issues.

They released her after several hours, she told AFP, but barred her from leaving the country, telling her that her name was on a no-fly list. “One of the immigration officials told me that my name was placed on the ECL (Exit Control List) as I am involved in anti-state activities. I have no idea what anti-state activities he was referring to,” Haider told AFP.

“I address the issues related to women, minorities, enforced disappearances and problems Balochistan is facing today,” the 32-year-old said, adding that authorities confiscated her passport and national identification card.

Pakistan has a history of enforced disappearances over the past decade—mainly confined to conflict zones near the Afghanistan border or to restive southwestern Balochistan province, where Haider lives and works.

The military routinely denies being involved, and criticism of the powerful security forces, including over such disappearances, is largely seen as a “red line” in the country.

Pakistan’s interior ministry did not immediately respond to requests for comment by AFP. The incident fuelled fears around an ongoing crackdown on rights and freedom of speech in Pakistan.

“@Advjalila is a fierce defender of the rights of the marginalized, her name must be immediately removed from the Exit Control List. #istandwithjalila”.