Barty, Williams into second round 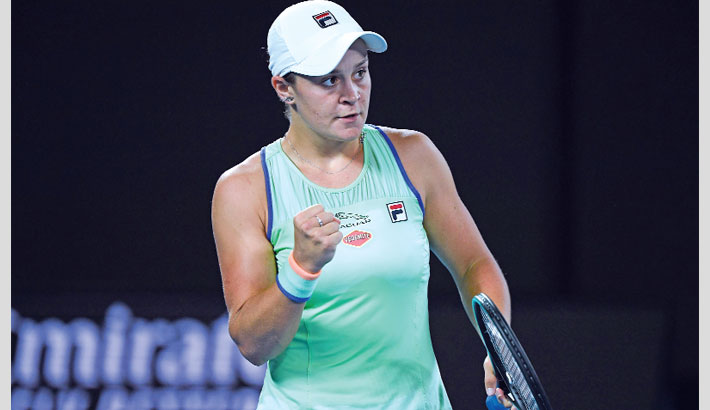 Serena Williams underlined why she is the Australian Open favourite with a rapid first-round win, while world number one Ashleigh Barty overcame a scare to reach the second round, reports ESPN.

While Williams claimed a convincing victory over her Russian opponent, there was an even faster win for seventh seed Petra Kvitova, with the 2019 runner-up demolishing fellow Czech Katerina Siniakova 6-1 6-0 in 51 minutes.

Britain's Johanna Konta was due to play on the first day but her match was one of 32 that was rescheduled for Tuesday because of rain.

Top seed Barty won the Adelaide International on Sunday but struggled for rhythm in a patchy match.

Ukrainian Tsurenko, who reached the 2018 US Open quarter-finals, was playing just her second match after injuring her elbow but initially held firm against an error-strewn Barty.

Barty was broken in the opening game of the match, silencing the packed Rod Laver Arena, and Tsurenko ultimately served out the set after Barty sent an easy forehand long.