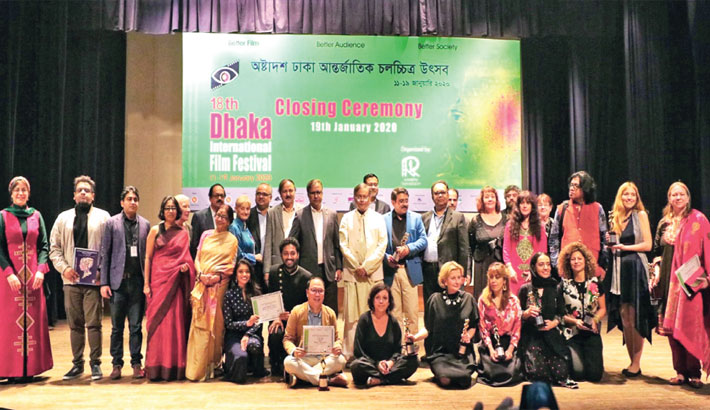 The 18th Dhaka International Film Festival ended at the main auditorium of Bangladesh National Museum in the capital’s Shahbagh area on Sunday.

Information Minister Dr. Hasan Mahmud, the chief guest of the concluding ceremony, announced the closer of the festival by echoing the slogan of the organisers, ‘better films and better audiences’. 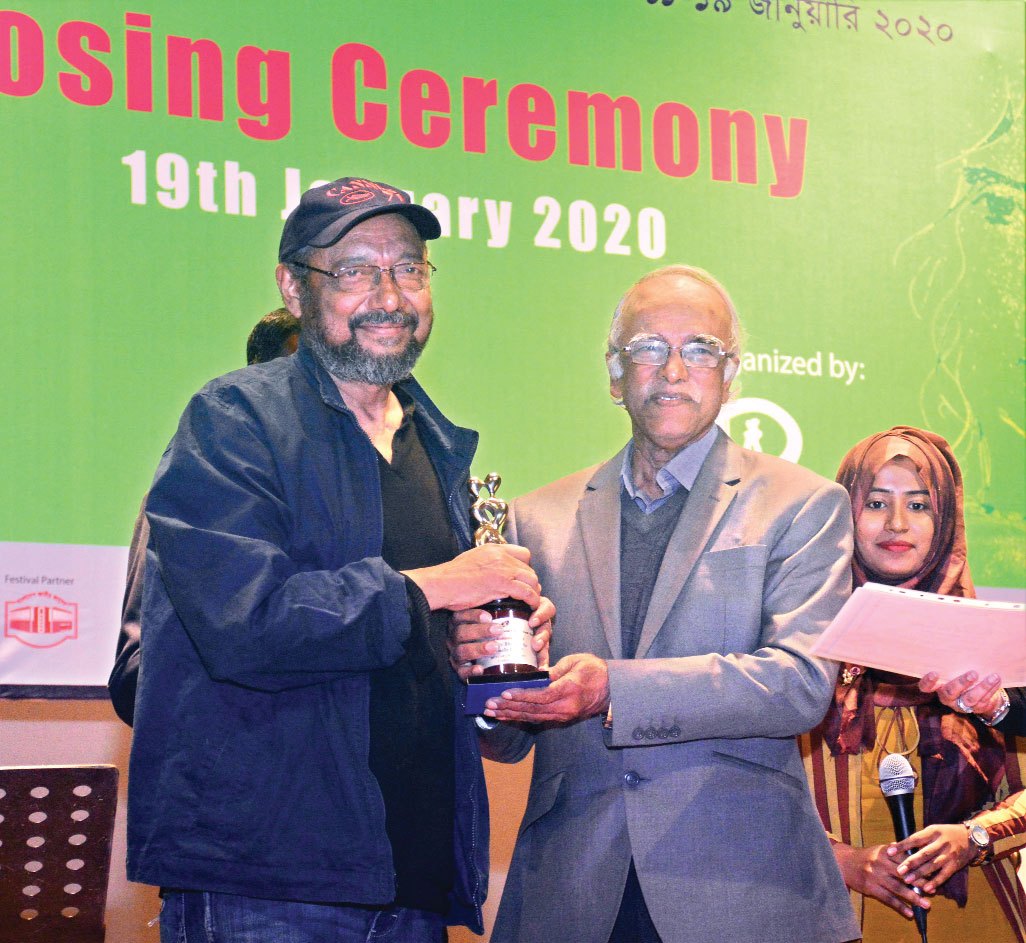 A total of 220 films were screened at  the festival with participation from 74 countries in competitive categories spanning “Asian Cinema” “Retrospective ,” “Bangladesh Panorama ,” “Cinema of the World,” “Children’s Films,” “Spiritual Films,” “Women Filmmakers ” and “Short and Independent Films”.

The other awards were presented to the winners at the ceremony. The Badal Rahman Award for Best Children’s Film went to Loknat (Director 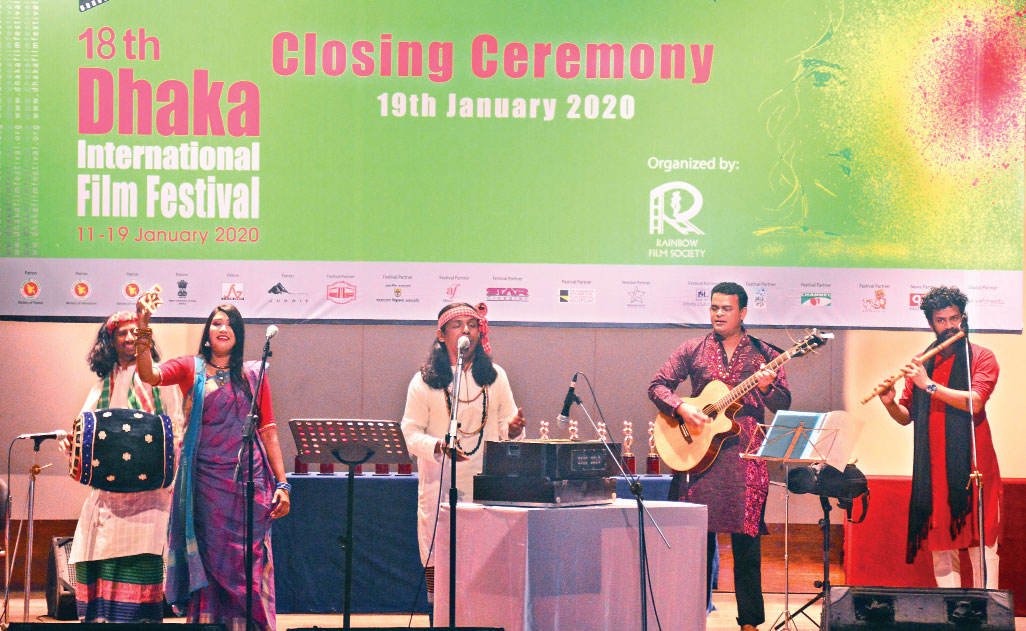 Mohammadreza Haji Gholami, Iran); Audience Choice Award in the category Cinema of the World was won by prominent Indian-Bengali filmmaker Anjan Dutt for his debut participation in DIFF, Finally Bhalobasha. The prestigious Best Film Award by FIPRESCI Jury in Bangladesh Panorama Section was awarded to No Dorai, directed by Taneem Rahman Angshu.

Women filmmakers around the world received awards in three main categories with a special mention for each- Russian filmmaker Daria Binevskaya received Best Short Film Award in Short Fiction Category for My Name is Petya and Special Mention Award in this category went to Mexican filmmaker Sandra Concepción Reynoso Estrada for ‘Video Tape’. Special Mention in Documentary Category was awarded to Mirjam Leuze (Canada, Germany) for her documentary The Whale and The Raven; while Asian filmmaker Dina Naser received Best Documentary Award for Tiny Souls.

The films were screened from 11 to 19 January at several prominent venues in the city.

The festival Director and President of Rainbow Film Society Ahmed Mostofa Jamal announced that the 19th edition of DIFF will be held on January 16-24, 2021 and would be dedicated to the Father of the Nation Bangabandhu Sheikh Mujibur Rahman, marking the occasion of his birth centenary as Mujib Year, although it is officially being celebrated this year.