Oil rises to more than a week high 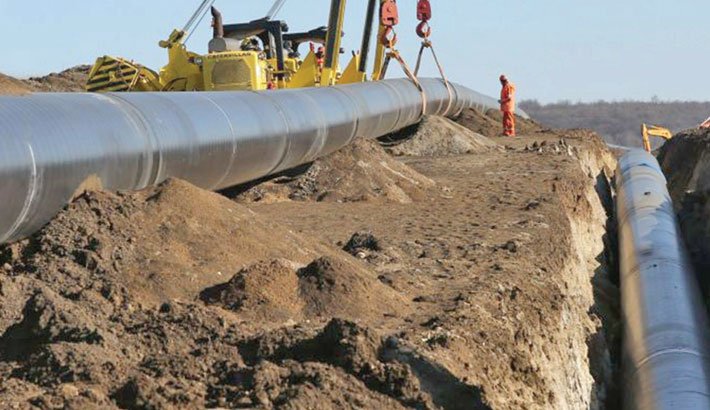 LIBYA: Oil prices rose to their highest in more than week on Monday after two large crude production bases in Libya began shutting down amid a military blockade, setting the stage for crude flows from the OPEC member to be cut to a trickle.

In the latest development in a long-running conflict in Libya, where two rival factions have claimed the right to rule the country for more than five years, the National Oil Corporation (NOC) on Sunday said two big oilfields in the southwest had begun shutting down after forces loyal to the Libyan National Army closed a pipeline.

“If this sort of disruption endures, it’s meaningful ... the market is right to be reacting with a bullish tone,” said Lachlan Shaw, head of commodity research, at National Australia Bank in Melbourne.

“It just continues to emphasise, notwithstanding that the world market is clearly in surplus and there are plenty of stocks, the fact is the market still depends on a number of key regions that have heightened geopolitical risk.”

Oil prices had fallen back in the last two weeks. After the outbreak of hostilities between the US and Iran at the beginning of the year triggered a jump, both sides took steps to pull back from conflict, calming the market’s mood.

If Libyan exports are halted for any sustained period, tanks for storage will fill within days and production will slow to 72,000 barrels per day (bpd), an NOC spokesman said. Libya has been producing around 1.2 million bpd recently.

“WTI will likely keep hovering around $60 per barrel, with the market focusing on US demand and supply of oil and oil products as well as geopolitical risk in the Middle East,” Takashi Tsukioka, president of the Petroleum Association of Japan, told a news conference on Monday.

Also on Sunday, foreign countries agreed at a summit in Berlin on Sunday to shore up a shaky truce in Libya, even as the talks were overshadowed by the latest blockade.

German Chancellor Angela Merkel told reporters that the Berlin summit, attended by the main backers of the rival Libyan factions, had agreed that a tentative truce in Tripoli over the past week should be turned into a permanent ceasefire to allow a political process to take place.