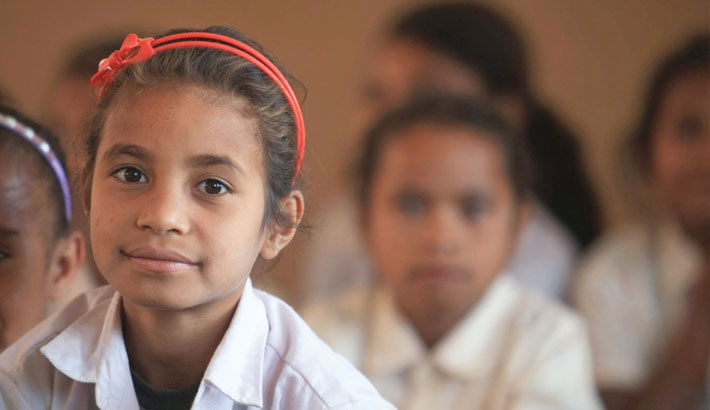 Nearly 1 in 3 adolescent girls from the poorest households around the world has never been to school, according to a new UNICEF paper.

Poverty, discrimination due to gender, disability, ethnic origin or language of instruction, physical distance from schools and poor infrastructure are among the obstacles that continue to prevent the poorest children from accessing quality education. Exclusion at every step of education perpetuates poverty and is a key driver of a global learning crisis, said the paper.

In Bangladesh, percentage of public education resources going to children from the poorest households versus that spent on children from the richest households is 15 percent and 27 percent. The paper notes that the lack of resources available for the poorest children is exacerbating a crippling learning crisis, as schools fail to provide quality education for their students. According to the World Bank, more than half of children living in low- and middle-income countries cannot read or understand a simple story by the end of primary school.

The paper sets out clear guidelines for governments:

Prioritize public funding for lower levels of education -- where the children from the poorest households are most represented -- and gradually increase allocations to higher levels when coverage is close to universal at lower levels.