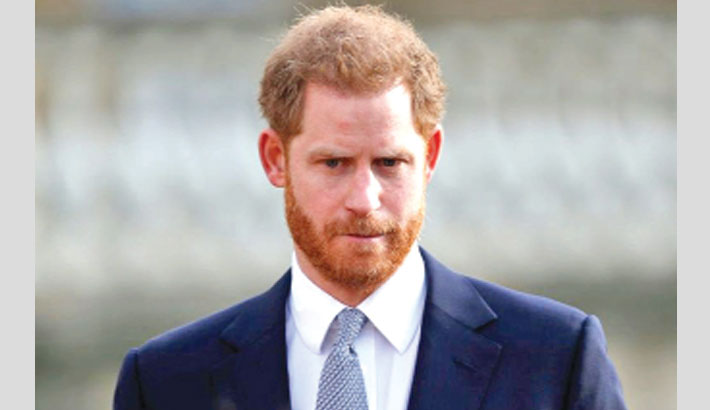 Prince Harry voiced his “great sadness” at bowing out entirely from representing the British monarchy as newspapers said Monday it was the best viable compromise on his desire to step back, reports AFP.

Harry said he and his wife Meghan did not want to quit their royal duties but reluctantly accepted there “really was no other option” if they wanted to cut loose from public funding and seek their own income.

His emotional remarks late Sunday were his first on the royal crisis that has shaken Britain’s monarchy, after the couple announced their wish to step back as front-line royals.

Under their agreement with the queen, the couple will no longer be referred to as his or her royal highness.

“It brings me great sadness that it has come to this,” Harry told a London dinner for his Sentebale charity, which helps AIDS orphans in Lesotho.

The prince and his US former actress wife have struggled with the scrutiny since their wedding in May 2018 and the 35-year-old said there was no alternative way to achieve “a more peaceful life” with their baby son Archie.