Teenager breaks her own record for longest hair 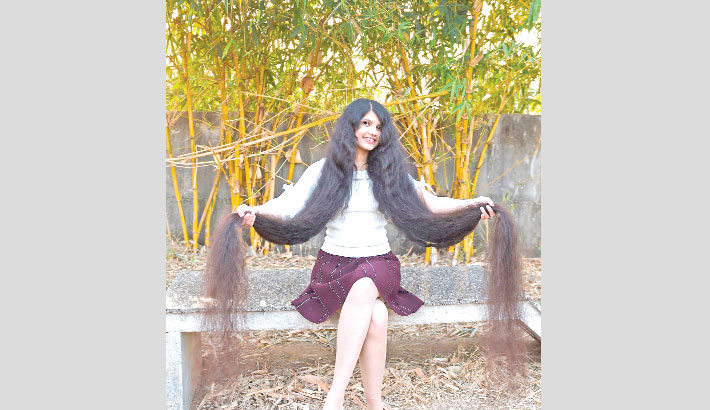 A 17-year-old Indian girl has retained her crown as the teen with the world’s longest hair more than a decade after she stopping getting her tresses cut following a bad experience at a salon.

Nilanshi Patel, from the small town of Modasa in Gujarat state, remains a cut above the rest according to the Guinness World Records having bettered her record of 170.5 centimetres (5.59 feet) set in December 2018 with a new length of 190 centimetres.

Her proud father said his only child’s locks had turned her from a local celebrity into an international one. Nicknamed “Rapunzel” by her friends and schoolmates after the long, flowing hair of the princess in the Brothers Grimm fairytale, Patel said she has not a visited a hairdresser for 11 years after a hair-raising ordeal.

“At six, I had a very bad experience at a local salon,” she told AFP.