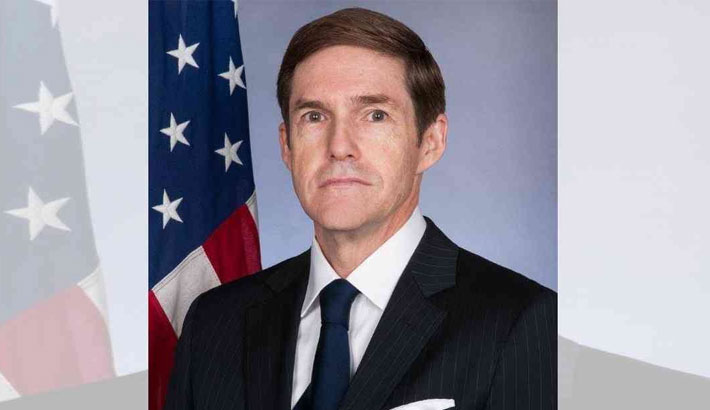 US Ambassador to Bangladesh Earl R Miller on Monday encouraged voters to cast their votes hoping that the elections to the two Dhaka city corporations will be ‘festive, free, credible and participatory’ ones, report agencies.

He said the important thing is that folks go out and vote whatever candidates they choose to vote for.

“Election turnout in Bangladesh is often found much higher than the United States,” he told reporters after his meeting with Chief Election Commissioner (CEC) KM Nurul Huda at the EC Secretariat.

Election Commissioner Brig Gen (retd) Shahadat Hossain Chowdhury was with the CEC at the meeting.

The US Ambassador said they, along with other members of diplomatic corps, will see how this democratic process goes during the polls of Dhaka North and Dhaka South City Corporations.

He said it is also encouraging to hear that people on both sides of the political spectrum are looking at each other as worthy candidates and whoever win will be the leaders of Dhaka.

Encouraging all voters to participate in the process, the US envoy said it is sometimes imperfect, noisy but a “vitally important” one.

He laid emphasis on allowing voters who want to cast their votes are allowed to do so.

The US Ambassador said the officials explained him about the use of Electronic Voting Machines (EVMs) in the February-1 city corporations’ polls.

He urged all the voters to come to polling centers to exercise their franchise.

About the EVM, Miller said he was shown the process of using electronic voting machines (EVMs) and the Election Commission (EC) is also showing the voters the process of casting votes through EVMs.

On December 22 last, the CEC announced the election schedule for the polls fixing January 30 as the voting date but the date was rescheduled for February 1 as January 30 coincided with Saraswati Puja.