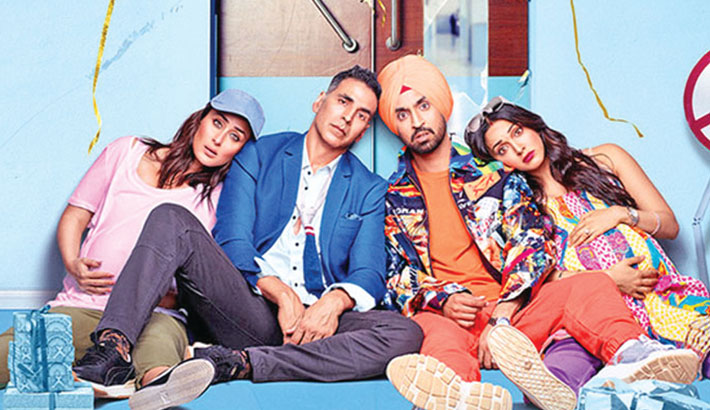 Good Newwz continues its victory run at the box office, even in its fourth week. The film, which stars Akshay Kumar, Kareena Kapoor Khan, Diljit Dosanjh and Kiara Advani, has smashed the Rs 200-crore milestone at the box office in India on its fourth Saturday (January 18). This is Akshay’s third consecutive film, after Mission Mangal and Housefull 4, to make a double century at the box office, reports Hindustan Times.

The news was shared on Twitter by film distributor, multiplex owner and trade analyst Raj Bansal, who congratulated producer Karan Johar on the achievement. “Thank you sir,” was his response. For Kiara, Good Newwz is her second Rs 200-crore blockbuster in a row after Sandeep Reddy Vanga’s Kabir Singh (which earned Rs 276 crore in its lifetime, according to Box Office India).

Not just at the domestic box office, Good Newwz has been performing exceptionally well overseas, as well. As of Thursday (January 16), the comedy directed by Raj Mehta had crossed $10 million (Rs 71.04 crore) in foreign markets, with a huge chunk of the overseas collection coming in from the US and Canada ($4.76 million or Rs 33.82 crore).