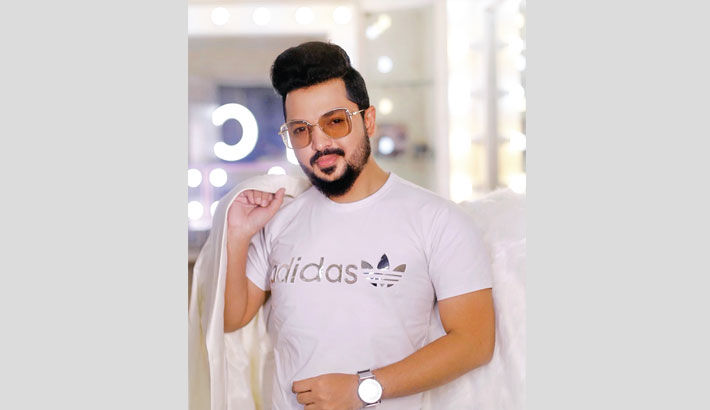 Zahid Khan, is one of the leading makeup artists in Bangladesh, is best known for bridal makeup. He is the founder and director of ‘Zahid Khan Bridal Makeover’.

Zahid started his carrier as makeup artist in 2007; later in 2009, he founded his own make up studio. In a short span of time he became very popular among the celebrities of the media industry for his work.

Not only Bangladesh, Zahid spread his talent beyond the country and has earned international recognition. He has received several awards as Best Makeup Artist. Among the awards Best Makeup Artists at ‘Pancha Kobi Sanmanona 2018’ in India, Best and Most Renowned Makeup Artists from Bangladesh at ‘Global Business Award’ Mumbai, ‘Millennium Brilliance Awards 2019’ in Thailand are notable.

Talking about his journey, the Zahid Khan said, “From my childhood I have been interested in make-up. I used to give makeover to my sister and her friends. Then, I realised this is my job where I belong to. I’m happy that I am doing that job which I like.”

Zahid was very creative in different fields in his childhood. With the successful journey as a makeup artist, Zahid also stepped in the music industry in 2016. He was lent his vocal to a song titled ‘Ontor   Bole’ in that time written and tuned by Arfin Rumey. Model-actress Nazifa Tushi was modeled in the music video.

After that, he sung a duet song with Indian prominent artiste Subhamita. The song titled ‘Choto Choto Bhul’ has been penned by Sudip Kumar Dip while music composed and directed by Pritam Banerjee.

About his singing career Zahid said, “Singing is not my profession, it’s my passion. I never thought I will be a singer. I’m very privileged that I have sung with the singer like Subhamita.”

On the other hand, the artist was launched an exclusive video ‘Zahid Khan Makeover and Bridal Collection’ last year. Planned by the artist himself, popular model and actress Tanjin Tisha has been featured in the video as a new bride.