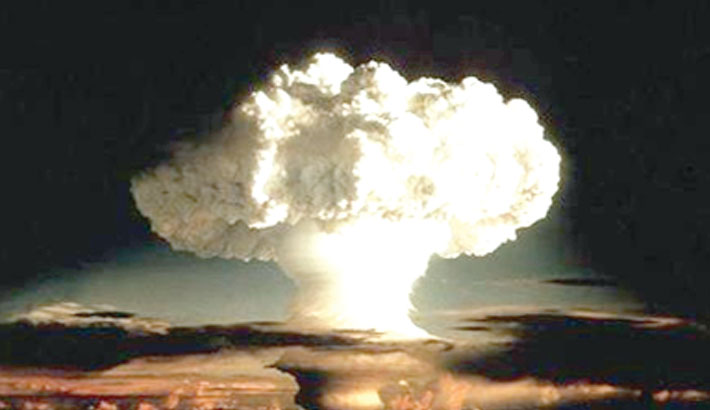 More than half of millennials fear there will be a nuclear attack somewhere in the world within the next decade, according to a survey by the Red Cross released on Thursday.

Some 47 percent of respondents to the poll of 16,000 young people also believed it was more likely than not that there would be a third world war in their lifetime, reports AFP. “Millennials appear to see cataclysmic war as a real likelihood in their lifetime,” Peter Maurer, president of the Geneva-based International Committee of the Red Cross, said in a foreword to the report.  Adults aged between 20 and 35 took part in the survey—both in war-torn countries such as Afghanistan and Syria and largely peaceful ones like Britain and France.

The most striking result came in reply to the question: “In your opinion, how likely or unlikely is it that nuclear weapons will be used in wars or armed conflicts anywhere in the world within the next 10 years?”

Some 54 percent said they felt it was likely such weapons would be used.