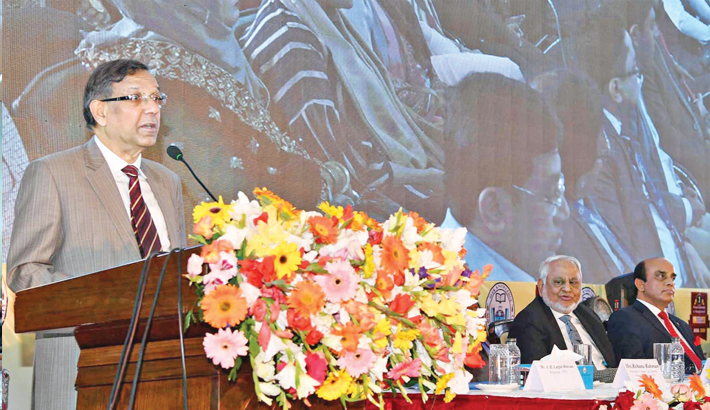 Orientation for newly-admitted students was held at North South University (NSU) campus in the city on Saturday, said a press release.

Around 3,000 students enrol in the honours course in 16 departments under four different schools and 48 students are given scholarships for their outstanding results in the admission test.

Freedom fighter Benajir Ahmed, also Board of Trustees Chairman of NSU, attended the event as the guest of honour while Professor Atiqul Islam, Vice-Chancellor of North South University, presided over the programme.

Speaking as the chief guest, Anisul Huq said, “Our student society needs to be educated in order to build a prosperous country. Proper and quality education should be provided.”

Among others, Board of Trustees members of NSU, M A Hashem, M A Kashem, Rehana Rahman, Pro-Vice-Chancellor of NSU, Dr M Ismail Hossain, Registrar, Deans of different schools, directors, senior officials, teachers, students, and guardians were also present at the programme.