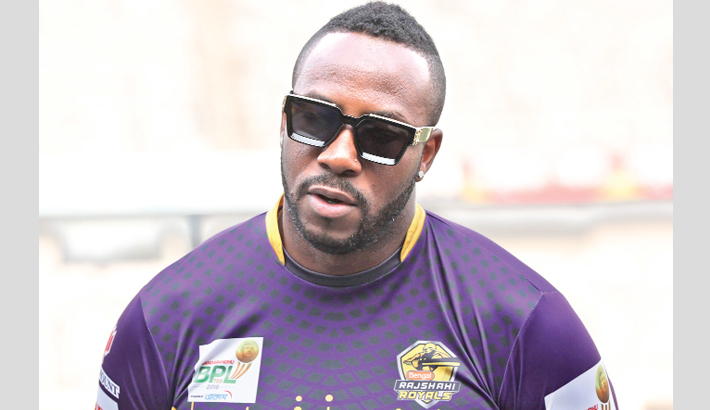 Rajshahi Royals skipper Andre Russell said on Friday that clinching Bangabandhu Bangladesh Premier League (BBPL) is ‘special’ as it was his first trophy as a captain.

“This one is definitely special to me because it is my first championship as captain,” Russell, who is the first foreign skipper to clinch Bangladesh Premier League (BPL) told reporters at the post-match press conference on Friday.

“The pressure of bowling selection and all those things like dew in the field and also use myself when I have to bowl because as a captain you cannot  be selfish,” he said.

“You have to give the guys confidence and everybody answered and came to the party tonight,” he said.

Rajshahi Royals came up with a stellar performance to lift the trophy of BBPL as they outclassed Khulna Tigers by 21 runs in the final at Sher-e-Bangla National Cricket Stadium on Friday.

Russell said that his major emphasis was to look at his options in the nets and trying to figure out who can deliver at different junctures of the game.

“It was not that difficult, to be honest. First wee, two practice sessions and a couple of games gave us the time to know each player and what we are all about,” said Russell.

“I looked at every bowler at practice sessions and see where I can use which bowler whether that bowler is good with the new ball or middle over or in the death over. I looked at that those things and it took a few games to get it right,” he said.

“Everyone put up a good show. Irfan Sukkur played well. I have been telling him to believe in himself and you can hit the ball big with power,” he said.

“Just stay positive and a big player should always talk with these guys that all they need to do is to move the mountain,” he said.

Russell said that he would have liked to have some prize money in BBPL as that would have made the winning team members happy.

Russel said that he was surprised because in franchise based cricket every member of the champion team looks forward to the prize money.

“The thing is in this franchise cricket the prize money is something that every player look forward to and to those little bonuses,” said Russell. “For me winning the tournament is everything and it might sound I do not like money,” he said.