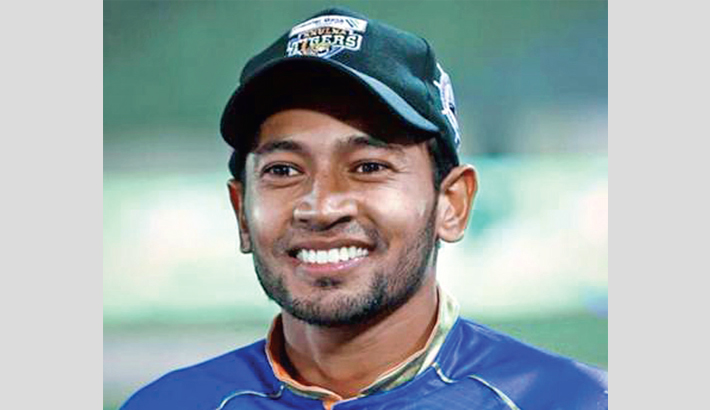 Bangladesh’s wicket-keeper batsman Mushfiqur Rahim said on Friday that he is willing to travel to Pakistan if everything runs smoothly there but for now he is not interested in the tour due to reservations from his family citing security concern.

Mushfiqur, who had earlier informed Bangladesh Cricket Board (BCB) verbally about his non-availability in the upcoming tour of Pakistan, on Friday, informed the board formally through a letter.

Bangladesh will play two Tests, three T20Is and one ODI in the upcoming tour that has been split into three parts with Bangladesh playing three T20Is, scheduled to be held between January 24 and January 27.

They will return to Pakistan to play the first Test, starting on February 7 before Pakistan’s players partake in the PSL. Bangladesh will then return to play that solitary ODI on April 3 before the second Test commences on April 5.

“I am not going to Pakistan (for the whole duration of the tour) due to family reasons. Today I have submitted letter to the board and they have accepted it,” Mushfiqur told reporters at the post-match press conference.

“They (family) are scared and I cannot play my basic game in such a mental state (thinking of my family’s reservations),” he said adding that it was not an easy decision to make.

“Certainly, it was a difficult decision (not to tour Pakistan) because if you say that I need to rest for a series it feels like sin to me,” he said.

Mushfiqur added that he did not register his name in Pakistan Super League as he was well aware that all the games will be played in Pakistan and his family won’t allow him to travel there.

“At the same time, I had a big opportunity to play in PSL. But I refused to play because I know the whole tournament was going to be held in Pakistan,” said Mushfiqur.

“So, I said no because my family was not giving me the permission and cricket is never prioritised over life,” said Mushfiqur adding that he is not ruling out the option of playing in Pakistan in the near future.

“But I think, Pakistan is definitely in a better situation than previous times and if other teams go more frequently then I will have that confidence personally,” he said.

“So I think it is a very good place, facilities-wise, a tremendous place in sub-continent to play cricket. Their wickets are very good, batting friendly. So of course I will miss it. So if the situation remains good consistently for next two or three years then there is no reason not to visit Pakistan,” he said.

Mushfiqur added that he doesn’t feel that his absence will make a huge difference and urged others to grab onto the opportunity.

“I went to India but what happened there? We lost both the Test in three days. There were many occasions when all the seniors played and we lost and similarly there are occasions when despite the absence of seniors, we won,” said Mushfiqur.

“We can say we could have had a better chance (if I was there),” he said.

“But I feel like, this is another big opportunity because our team management is looking for new players. So who will be playing in my place, they will have another chance to show their talent,” he said adding sarcastically that the team management won’t find it hard to get his replacement.

“It takes just one hour to get a replacement in Bangladesh team and this is something I feel personally,” said Mushfiqur

“So I will prepare for the next series which comes after Pakistan and if I return to the team then I will try to hold my position in the team,” he said.