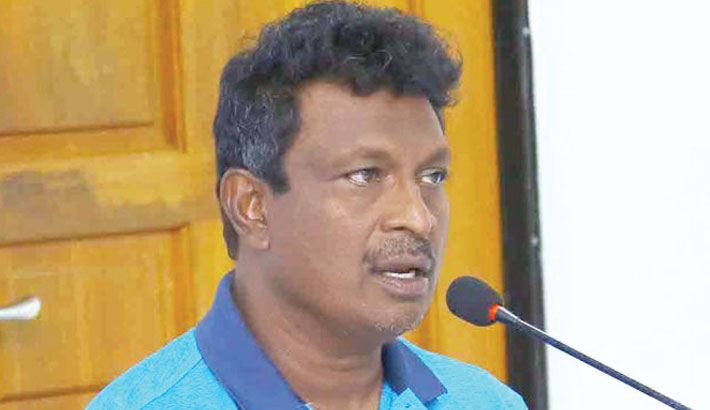 Bangladesh are scheduled to travel to Pakistan for the three T20Is which will be played in Lahore on January 24, January 25 and January 27 respectively.

It’s the first leg of Bangladesh’s three-phase tour to Pakistan.

The post of Bangladesh pace bowling coach went vacant after the departure of Charl Langeveldt, who, was released by Bangladesh Cricket Board (BCB) as per the request of Cricket South Africa as they wanted him to join their national set-up which went through a total overhaul.

BCB had already spoken with former South African head coach Ottis Gibson for the post of the bowling coach while Nantie Hayward also showed interest for the post as well.

According to BCB officials, they have chosen their High Performance coach Champaka as he did not had any reservation to tour Pakistan unlike some of their foreign coaching staffs.

It was learnt that former spin bowling coach Sohel Islam will fill a dual role as he will be guiding the spinners as well as will be in-charge of foreseeing the fielding department of Tigers.

Spin bowling consultant Daniel Vettori and fielding coach Ryan Cook refused to travel to Pakistan. Tusar Kanti Howlader is expected to fill the role of the trainer as regular trainer Mario Villavarayan had injured his finger during his vacation in Sri Lanka. BCB is expected to name an analyst soon as Shrinivaas Chandrasekaran will not be available as well.