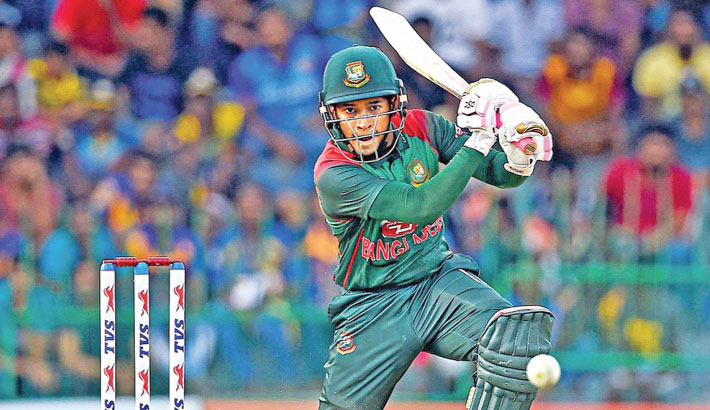 Bangladesh wicketkeeper-batsman Mushfiqur Rahim on Thursday informed the selectors he will not be available for the upcoming series against Pakistan due to family commitments.

Bangladesh will go to Pakistan in three phases after the Bangladesh Cricket Board (BCB) agreed this week to play a full-fledged series featuring three Twenty20 internationals, two Tests and one one-day international between January and April.

Selectors are expected to name the squad for the Twenty20 series, scheduled to be held in Lahore from January 24 to January 27, in a day or two, with all other players except Mushfiqur making themselves available.

“Mushfiq called me today (Thursday) to inform that he will not go to Pakistan. I have asked him to give a formal letter. Once he does that we will leave him out for the series,” BCB Chief Selector Minhajul Abedin Nannu told reporters on Thursday.

BCB President Nazmul Hasan this week informed that Mushfiqur was the only player to express his reluctance but according to him it was not a complete dismissal.

According to sources, Mushfiqur has some family commitments in the upcoming days which includes marriage of a close relative who happens to be his cousin.

Earlier, Nazmul said that they will not force any player to take part in the trip.

Bangladesh will certainly face a void in the middle-order due to the unavailability of Mushfiqur as they will also miss the service of all-rounder Shakib Al Hasan in the tour due to his suspension by ICC.

Mushfiqur had been Bangladesh’s leading batsman in all three formats in the recent months. He also showed brilliant form in the ongoing Bangladesh Premier League, where he is the leading run-scorer so far with 470 runs.