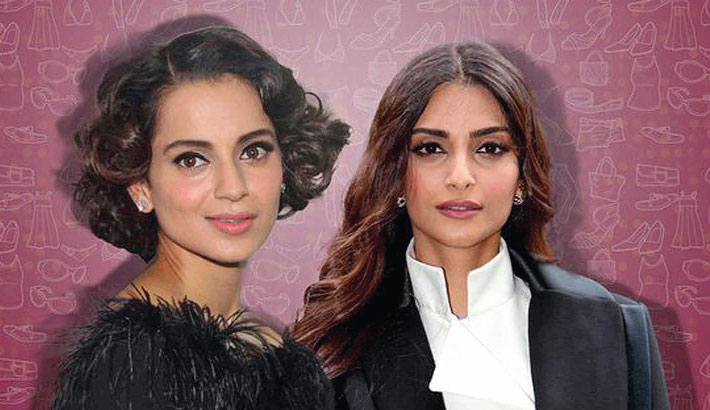 Kangana Ranaut had stepped behind the camera for the first time in 2019 as co-director of Manikarnika: The Queen of Jhansi. Now, she has opened a production house, where she will take up the roles of director and producer. Incidentally, the name of Kangana's production house -- Manikarnika Films -- is named after her directorial debut, reports News18.com.

Rangoli also shared an outside view of the production house building revealing it to be located in Pali Hill in Mumbai. She also pointed out how this had been Kangana's dream for the past ten years which was now achieved through honesty and truth.

A day after the inauguration of the studio, Sonam Kapoor congratulated Kangana for the achievement. She shared Rangoli's tweet and wrote, "Congratulations to all of you! I hope you guys continue to break glass ceilings." Later, in response, Rangoli thanked the actor.

On the work front, the 32-year-old actress will next be seen in Panga. Directed by Ashwiny Iyer Tiwari, the film revolves around a mother (Kangana) who is also a Kabbadi player. The film also stars Richa Chadha.

She will also be portraying the late Jayalalithaa in her biopic titled Thalaivi. The film, which will be a trilingual release in Hindi, Tamil, and Telugu, is slated to release on June 26.