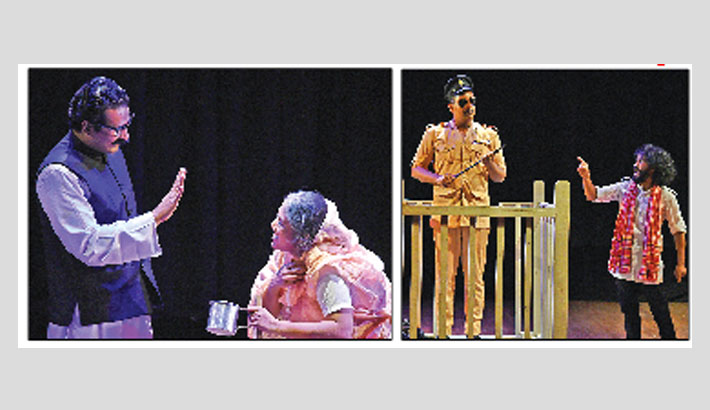 Srabon Tragedy, a drama, based on the tragic assassination of Bangabandhu Sheikh Mujibur Rahman will be staged at the main auditorium of National Theatre Hall of   Bangladesh Shilapakala Academy (BSA) tomorrow at 07:00pm.

To note: The drama was patronised by the Ministry of Cultural Affairs and different government and non-government organisations to pay tribute to the Father of the Nation Bangabandhu Sheikh Mujibur Rahman.