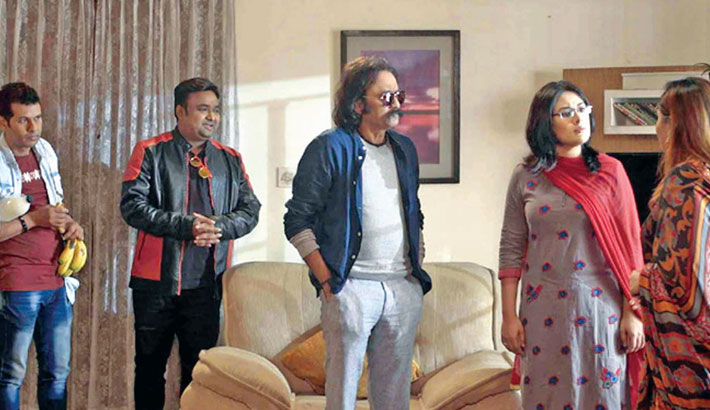 Prominent actor-director Salauddin Lavlu is coming up with a new tele-fiction titled ‘Late Man’. The shooting of the drama has recently been completed at a shooting location in the capital’s Uttara area.

Directed by Zakiul Islam Ripon, the drama has been written by Shafiqur Rahman Shantanu.

The story of the drama is about Lavlu, who is late in every stage of his life like—education, career, even in love.  Lavlu’s father wants to make him a local councilor. But he is unqualified for the job. To fulfill his father’s dream Lavlu starts his education again at the middle of his age.

In the meantime, Lavlu has been trapped in a murder case. Then, the story of the drama continued…

The other casts of the tele-drama included—Shaila Sabi, Akash Ranjan and Shudip Dey. Under the banner of Mrittika Production House, the comedy genre play will be aired on RTV soon.