Man held in Peru airport with 20 birds in suitcase 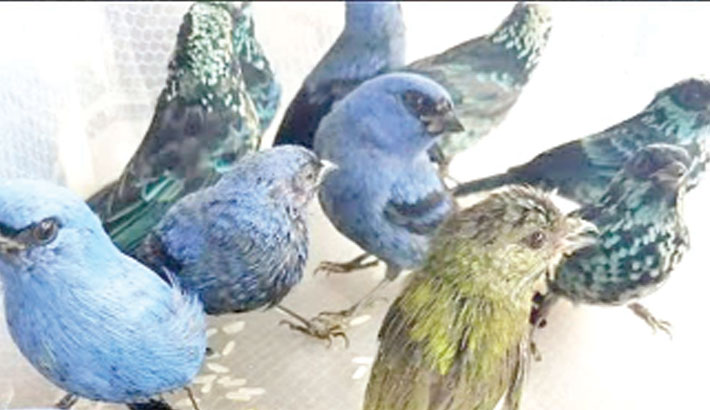 A Belgian man has been arrested at Lima Airport in Peru with 20 live birds stuffed into his suitcase. Hugo Conings, 54, was caught trying to smuggle the birds out of the country in small cardboard boxes, officers said, reports BBC.

They added that he was planning to fly to Madrid, Spain, to sell the birds - which were all protected species.

While all of the birds survived, some showed signs of dehydration and stress and had lost part of their plumage after spending hours in the boxes.

Mr Conings was arrested on Monday and could face up to five years in prison for illegal wildlife trafficking.

The birds are native to the Peruvian jungle, and are also found in Ecuador and Bolivia.

Among them were two toucanets and 16 tanagers - small, brightly-coloured birds that are commonly targeted by traffickers for their vivid plumage. Peru is home to more than 1,800 species of birds.