A journey to death ! 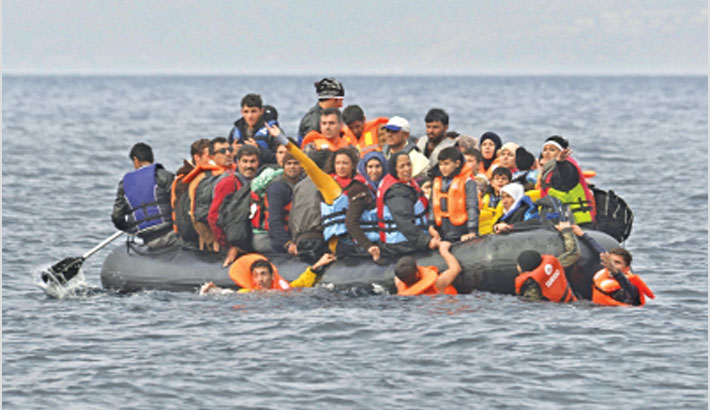 A good many fortune seekers went missing while making voyage to Europe through illegal channels, according to sources at Trafficking of Human Being (THB) of Criminal Investigation Department (CID).

Family members of about 10 to 12 of the missing men contacted the THB section of CID in the last one year and sought help for their whereabouts.

According to the section, human traffickers mostly chose Dubai for trafficking them to Europe. First, they were taken in Dubai legally, and later sent to Europe illegally by waterway and by road.

Many tried to go to Italy through Dubai and Morocco, while many to Greece via Dubai and Turkey.

Although a good number of them reached Europe, a lot of them still remain missing and are feared dead.

It was also reported that traffickers in league with bKash agents collect ransom from the families of fortune seekers after taking them hostage.

According to sources, there are some bKash agents who use some 100 SIMs which were activated by stealing the NID cards of other people.

Nasir Uddin Ahmed, special superintendent of police and chief of Trafficking of Human Being, said they are trying to deal with the issue.

The THB section reveals that there are many dance bars in Dhaka and Narayanganj that trafficked women to Thailand’s dance clubs.

A portion of the earnings of the women goes to the sending partners, i.e. the bars, while the women who are not received by the dance clubs in Thailand live in a very pitiable condition.

The THB section under the Organised Crime of the CID investigates almost 60 percent human trafficking cases.

It received 109 cases in 2019. Of them, it could complete investigation in 81 cases and arrest 77 accused. On the several bKash accounts, Telecommunications Minister Mustafa Jabbar said the telecom regulator BTRC is dealing with the issue of multiple account openings to curb the evil deeds.

“We have directed BTRC to update information of all corporate connection at the end of last year to strengthen surveillance. BTRC maintains collaboration with law enforcement agencies to handle any kind of offence using any mobile number,” Telecommunications Minister Mustafa Jabbar told daily sun.

Earlier, Bangladesh Telecommunication Regulatory Commission (BTRC) issued a public notice and asked all the corporate mobile connection users to update their accounts by November 30 to prevent the misuse of those connections.