Beautification and Cleanliness along Railway Tracks 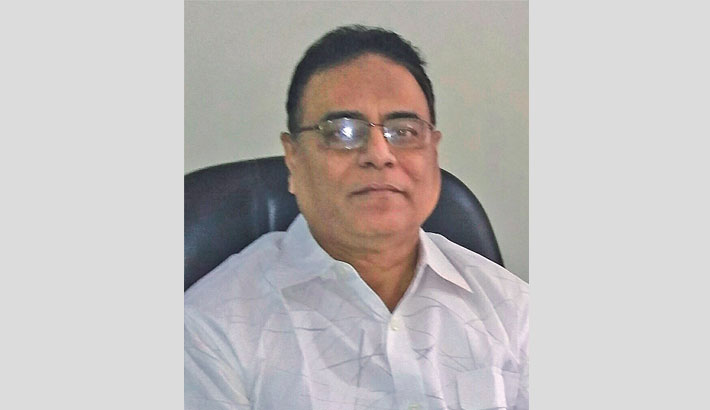 Bangladesh has 2835 km of railway lines and about 440 railway stations. We know Railway is one of the most important communication modes of our country. Hundreds of thousand passengers use railway as a mode of transport every day. To speak the truth, railway has become a part of our lifestyle and culture in many places in Bangladesh.

But nowadays railways are struggling to get the confidence of the common people. Recently some accidents took place in different areas in Bangladesh. For that reason, now situation is that people get afraid to be on board on railway carriage for travelling. However, people like railway and still now it is running and functioning as a popular mode of transport system in Bangladesh.

Beyond the regular routine work of railway, there is another aspect which can enhance the image of railway service. It will not cost much money and only devotion and some dedicated initiatives can make this true and that is the keeping railway platform clean and at the same time surroundings along the railway tracks should be kept clean and beautiful.

Generally, we see in urban areas that the areas along with both sides of railway tracks started from the station platform to nearby areas of 5/6 km are kept very unclean. Different slum areas and distressed people are used to live there constructing temporary shades. Unhygienic and unhealthy environment prevail there. Even many unsocial works happen there. Minor children of the slum areas are loitering all the time along the passage areas of railway tracks and even on the railway tracks. Slum-dwellers are used to cook their food along the railway lines. There are some places where railway lines cross bazar areas. When train comes, owners of these make-shift shops take away their goods and belongings to adjacent areas. For all these railway lines and adjacent areas remain dirty. One can see easily all these events and things if s/he visits those places at any time. The glaring example is the railway tracks and passage areas Kamlapur to Tejgaon railway area. To speak the truth, this is happening in all over Bangladesh. Moreover, we can see many unsocial activities in the slum areas adjacent to railway platforms and railway lines.

Any curious person visiting these areas can see the unsocial activities alongside railway lines and adjacent to the railway stations and platforms. One can see easily the addicted persons having contraband and intoxicant items such as cannabis, yabas, fencidil etc. These are happening in broad daylight and everybody knows it very well and even law enforcers know this situation prevailing in those areas. It seems that nobody cares.

We know railway is the common peoples’ transport. But a large number of wealthy people travel in the upper class of the trains. Even some foreign tourists travel from one city to another city by train nowadays. To see this situation they can have bad experiences about Bangladesh. But taking some initiatives we can change all the stations and railway lines and adjacent areas beautiful and clean. It does not require much money. Only one thing is needed and that is the change of our mindset regarding cleanliness and beautifications.

For beautification and cleanliness, we can take two main lines as a pilot project. After successful completion of this project, the authorities can take a larger project to make clean and beautify all the stations, railway tracks and passage areas alongside railway tracks. In this context, railway authorities can codify different problems and their solutions. They can also communicate the ISO (International Organization for Standardization) for this.

Primarily, the railway authorities can include the Dhaka-Chattagram, Dhaka-Rajshahi, Dhaka-Sylhet lines and different platforms and stations in this way. The proposed beautification and cleanliness programmes are as follows:

The main railway platforms and stations must be clean. Special committees should be formed to implement the beautification and cleanliness programmes. Especially, the platform areas of Dhaka, Tejgaon, Banani, Airport, Tongi and the passageways along the railway tracks of this area must be clean. To work on this programme the railway authorities should coordinate this work with the city corporations and other corporate bodies/departments so that jointly city corporations and other corporate bodies/departments can take different projects for beautifications and cleanliness of this area. We know there are some places of rail tracks and adjacent areas between Dhaka to Tongi are very much unclean and many slum areas are located there. Talking to the slum dwellers and with active cooperation from them the authorities can keep this area cleaner than the present conditions. Helping the slum people and changing their mindset about beautifications and cleanliness and this area can be transformed as a good place. The cleanliness programme has to be such so that railway passengers can understand the changes by taking glances from the windows of the running train. Similarly, the railway stations and its adjacent areas, railway tracks in Ghorashal, Narshinghdi, Bhairab, Brahmanbaria, Akhaura, Cumilla, Feni, Pahartoli and Chattagram should be included in the proposed project for keeping those areas clean and attractive.

We know Dhaka –Chattagram railway is the main and posh rail service of Bangladesh. This is also the main goods and container carrying railway tracks in Bangladesh. In this regard, we consider Dhaka-Rajshahi, Dhaka-Sylhet, Dhaka-Khulna, Dhaka-Parwatipur and other parts of North Bengal. After successful completion of these activities, the railway authorities will implement this in all the stations and rail tracks in Bangladesh. In this way, the image and credibility of Bangladesh railway will be increased considerably.

Beautifying railway stations and cleaning the railway tracks and its adjacent passage areas is not the responsibility of railway authorities only. In a broad sense, it is a social responsibility. Actually, these initiatives need an integrated work plan for different local bodies, departments, and industrial tycoons. Municipalities and Union Parishads with the cooperation of affluent private enterprises can take initiatives to make clean and beautifying the railway tracks and stations of their own areas. Forming inter-ministerial committees the railway ministry can take the initiatives.

By beautifying and cleaning the railway platforms, rail tracks and passage areas alongside railway tracks, we can make rail communication more attractive. This is the high time our policymakers thought about this.