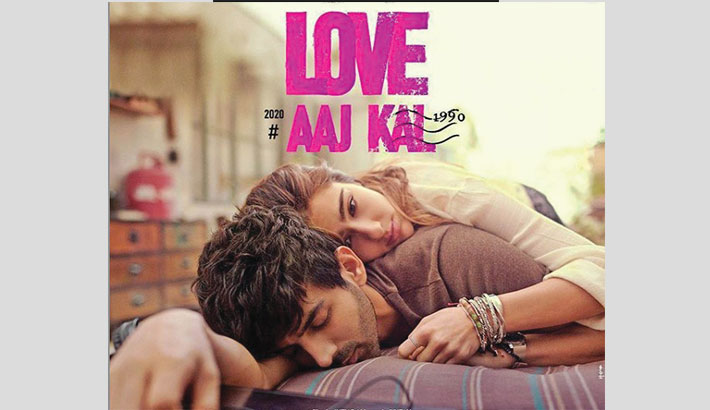 Imtiaz Ali’s next has officially been titled as Love Aaj Kal. Starring Kartik Aaryan and Sara Ali Khan in the lead, the film’s trailer will be out today, reports India Today.

Sara took to Instagram and shared the official first look poster of the film as well as the trailer date. She wrote, "Meet Veer and Zoe Come get wound up in our whirlwind wonderland #LoveAajKal Trailer out tomorrow".

Kartik shared the same poster of Love Aaj Kal on his Instagram.

In the first look poster, we see the year 1990 written with the word 'Kal’, while along the word 'Aaj’, the year 2020 has been mentioned.

From this, it can be inferred that much like the Saif Ali Khan, Deepika Padukone-starrer Love Aaj Kal that released in 2009, the Kartik and Sara film will be comparing relationships in today’s time and that of the past.

Interestingly, in July last year, Imtiaz had shared a poster of the 2009 film and captioned it as "In these ten years after Love Aaj Kal, I see that the process of a love relationship has changed dramatically. The way young people think of relationship now, I could not have predicted ten years back. It’s fascinating and very inspiring."

The shoot of Love Aaj Kal completed in July 2019 and since then fans were eager to see the first look posters.

Rumours of Kartik and Sara dating each other also surfaced last year and raised the excitement for the film.