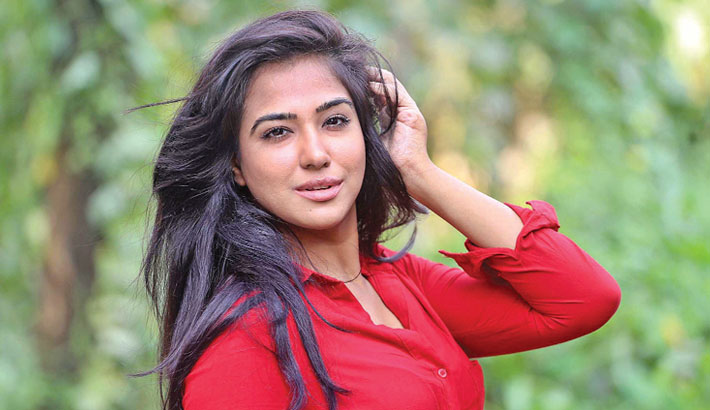 Young actress Affri Selina has created a position for herself in the media industry. She has made her appearance in multiple tele-fictions, music videos and television commercials and has won the hearts of million by her performance.

Affri has started her New Year with the shooting of a new drama serial titled ‘Alo Chayar Kabbo’. Directed by Sanjid Khan Prince, the serial will be aired soon on a private satellite channel.

The model-actress will also be seen in a new music video of new singer Shafin Khan. The video has been directed by Monjurul Haque Monju. Model Asif Imrose will be seen with Affri in the music video.

Talking about her recent works, Affri said “In the beginning of the year I have worked in a drama serial named ‘Alo Chayar Kabbo’. The story of the serial is amazing. I have portrayed an important role in the serial, I’m really happy for that. Besides, I have featured as a model in a new music video. I hope my fans will like my new works.”

On the other hand, Affri is waiting for the release of her film ‘Nill Foring’ directed by Idris Haider. One of the songs of the movie ‘Apan Manush Jay Na Chena’ has been published on YouTube recently.