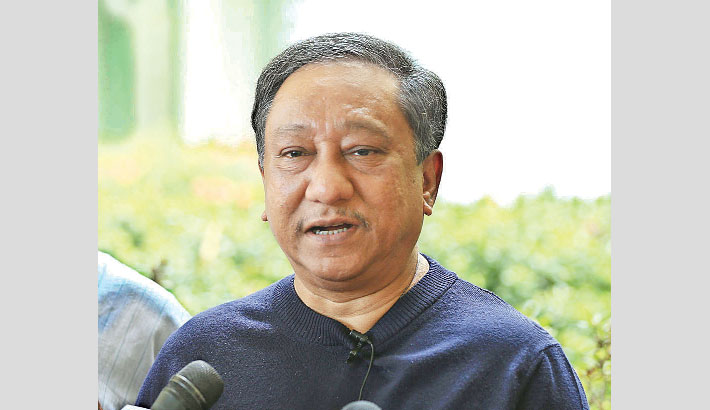 BCB boss Nazmul said that they have agreed to play an ODI in their upcoming tour of Pakistan in order help PCB earn some revenues as they will face financial loss while hosting Tigers for three times in four months.

BCB’s decision to tour Pakistan thrice in four months is widely regarded as a failure as far as cricket diplomacy is considered though BCB President insisted that he is not getting any reason to receive such criticism.

Several BCB directors on request of anonymity told daily sun that they were quite surprised when it was disclosed that Bangladesh will tour Pakistan thrice for to complete one series.

Most of the BCB directors looked reluctant to be part of Bangladesh contingent when they travel to Pakistan though none were ready to disclose it officially.

“I do not know why they are criticising and I am finding it strange because we always said we will play the T20 first and it remained that way,” Nazmul told reporters at Hazrat Shahjalal International Airport after arriving from Dubai on Wednesday.

“Government told us to stay at Pakistan for a short time and it is written there (in the Memorandum of Understanding). We will play the Test matches after considering the situation and we are still maintaining it (as far as the tour is concerned),” said Nazmul.

Bangladesh were originally scheduled to play three Twenty20 internationals and two Test but the future of the series looked to going nowhere after the tourists refused to stay there for the period of time that is required to complete the tour on one go as the government is reluctant to provide security clearance for a prolonged period due to the prevailing unrest in the Middle-East.

However, after International Cricket Council (ICC) Chairman Shashank Manohar acted as the facilitator between the two boards, it was agreed upon that the tour will take place but PCB will have to host them on three occasions as the tourist are only ready for a short stay.

“I was supposed to go and meet ICC Chairman Shashank Manohar as I had given him my word and was supposed to meet him. PCB officials were already there when I arrived and they (PCB officials) told us that they want to sit with us at 2:30pm,” told Nazmul.

“At first, PCB told us to play three T20Is and one test but I said no and said that we will play only three T-20 and we will go to plat Tests later at some point in time,” he said.

“Pakistan are facing huge financial loss (for hosting us on three occasions) and they offered us to play one ODI (ahead of the Test) as that will give them some revenue. Their cost has increased a lot as we are going there for three times and in this short period of time, they won’t be able to do much marketing for the series,” he said.

“We needed practice matches and we felt that if we played ODI than we get to practice (and they can generate some revenues),” he said.

There is a speculation going around the cricket fraternity that BCB agreed on the proposal of PCB after they had received green signal that they will host the upcoming edition of Asia Cup that is originally scheduled to be hosted by Pakistan in September 2020.

“As India are neither ready to travel to Pakistan nor ready to host the tournament either, Bangladesh or Sri Lanka would be ideal candidate for hosting the tournament,” said Nizamuddin.

“There is nothing like that. There is no relation between Asia Cup and the upcoming series. There was a discussion regarding finalising the Asia Cup venue on the sidelines of the meeting. Pakistan are the host of the tournament but they may not host it as India will not tour Pakistan,” he said.

“Pakistan may give a proposal of hosting half of the matches in Pakistan and the matches against India to be hosted in Dubai or Malaysia. But it won’t be a realistic solution because it will be very expensive and it will take a long time,” he said.

“Pakistan will want to make sure that Asia Cup takes place because if it doesn’t then they will lose three million dollars. There will be a discussion about the venue on February during the ACC meeting. If we want to host the event, Pakistan may agree or disagree to our proposal,” he said.

According to the sources in BCB, irrespective of BCB getting the nod to host Asia Cup, they will incur losses of two crore taka at least for the Pakistan series as they will have to pay the plane fare amounting to more than one crore taka each time they visit Pakistan.

BCB will have to pay 50 dollar additional as tour fee while TA and DA will be provided by PCB.