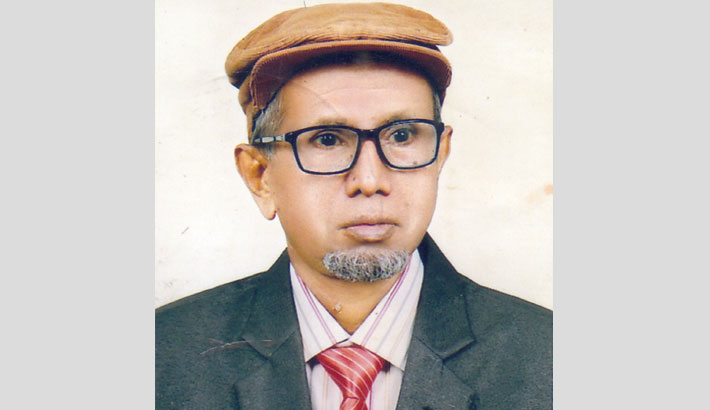 The recent events in Middle East has drawn my attention so much that I cannot but put my pen to paper about the topic headline mentioned above. America is undoubtedly, a great super power but the country’s actions are not up to the satisfaction of the world community which expects a lot of gesture from her congenial to the welfare of mankind and better relation with other countries of the world though they are not equal to her in respect of power and resources.

We are extremely surprised to think where the present American President Donald Trump is leading his country: does he think that his country would only exist at the expense of others or anybody acting against his interest would be murdered at his command? It seems to me that the mighty US president can do and undo anything save and except man a woman and a woman a man. But how long he will continue his murderous mission? Has he ever thought of himself and his position, the fear of God, for committing horrendous crime? But one day there will be the end of his term.

Let me make my point clear with an example. A duke has empowered his deputy to run the administration of his kingdom in place of him until he comes back. It’s a matter of great regret that assuming power the deputy started his misrule and victimized the virtuous. The duke watched his misrule in disguise and one day appeared before him to take the power and punish him for his misdeeds of power. Commenting about this William Shakespeare the great dramatist wrote:

Most ignorant of what he is most assured,

As make the angels weep.”

The US has already stationed 5,000 troops in Iraq but Pentagon’s deployment of further 4,500 gave rise to a chain of tragic events including (a) the death of an American construction constructor in Iraq (b) the protests around the US Embassy in Baghdad following a series of air strikes leading to the death 25 Iranian militia men (c) and the killing of Iranian security and intelligence commander Maj. General Quassem Suleimani by American drone attack at the order of Trump. It is noted that Suleimani was a very influential person in Iran next to Ayatullah Khameni. His death made him an icon and a hero for whom the entire Iranian nation mourned forgetting the country’s economic crisis and unrest against the government. The leaders in Iran vowed to take revenge on America during the funeral day of Sulaimani and as a reaction Iran launched several attacks on American bases with ballistic missile in Iraq. Not only this, Iran also warned that it would attack US allies in this region on the event of American retaliation against her. The Iranian leader justifies this action and considers that they have the right to punish their enemies who have killed their general and the militia.

US cannot rule out the fact that Iran is a regional power in the Middle East exercising her influence in Syria, Iraq, Lebanon, Yemen and other gulf countries. The Iraqi Parliament in reaction to the US policy of imperialism has passed a resolution demanding all American troops’ withdrawal from Iraq. It may have equal impact on other countries of Middle East where America has its bases. The Americans have realized that any escalation of farther conflict with Iran will jeopardize their hold on Middle East and cause untold suffering to their allies. Considering this, the US Senate has approved to curb Trump’s power of declaration of war on Iraq. Now Trump has changed his tone and taken a new diplomatic stand to convince Iran to agree to a proposal for negotiation which he offered to the Palestinian President Mohammad Abbas who turned down it as Trump declared Jerusalem as the capital of Israel defying all international laws.

He knows it quite well that if he can manage the Iranian leaders to comply with that proposal, it would legalese his negative action and give him another chance to come to power for the second term.

In our estimation first, his killing of Iranian military commander is an immoral act, an unpardonable criminal offence. Second, it is against the international law to kill another country’s general without any provocation using the territory of another country by means of force. Third, it would lead to further escalation of terrorism. Different Islamic terrorist groups may rise again to take revenge by attacking American bases. Middle East has become unstable and vulnerable again and as such another war is looming large. Iran has withdrawn herself from the nuclear treaty that it has signed with the great powers of the world as reaction to American aggressive policy.

Iran is at heart agonized at the death of their dear general. The loss she has incurred due to American sanction has on her economy can hardly be overestimated. On the other hand, US attempt to diminish Iran’s influence in the Middle East in recent days by threats and attacks on its militia operating in Iraq, Syria, Lebanon and Yemen with the help of Israel has shocked Iran and she would never respond to the tempting offer of negotiation by Trump. This kind of gesture on the part of the aggressor in the language of diplomacy is nothing but adding insult to injury or robbing Peter to pay Paul. The devil can cite a scripture for his own purpose. Despite this, we the peace loving people of Bangladesh under the benign and ablest leadership of our Premier Sheikh Hasina could like both Iran and US to show utmost restraint for the de-escalation of any more tension in the region without exchanging war of words that would called colossal damage and destruction of innumerable human lives and property.