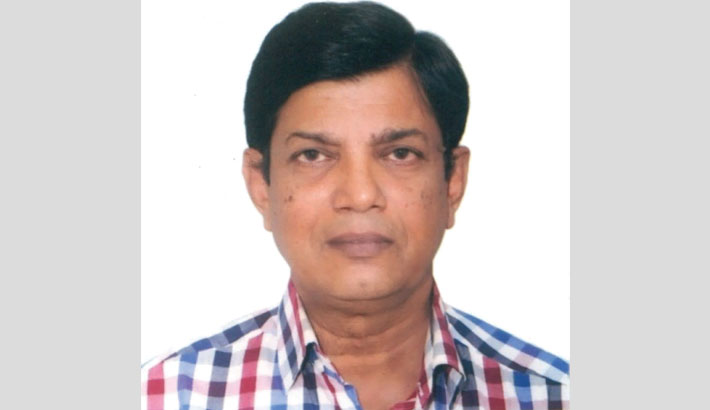 The modern era, whether we accede it or not, is an era of technology. And this explains why everyday news report of automation or technological innovation is flooded with print and electronic media across the world. For now, such stories are more familiar in the developed countries but foreshadow an emerging premonition that the emergence of automation will soon affect millions of jobs in developing countries.

Automation has multilateral dimensions but one that draws most attention is the automation of tasks that are laborious, repetitive, dangerous, dirty or dull. In addition to that, these types of jobs more often fetch less than what is considered a proportionate wage. Not too many years ago, rickshaw was used as key mode of transport for the Dhaka dwellers. But things have changed. Dhaka’s roads are now dominated my motorized vehicles. This structural transformation from manual to automatic transportation has not created anxiety over automation because such shift came as fallout of economic growth which tends to benefit all segments of the population, however unequally the wealth is distributed. Interestingly, in many parts of greater Dhaka motorized (improvised) rickshaws are becoming popular with every passing day.

Unless we know the direction of automation or what that is being automated, it is difficult to talk about the entire gamut of automation. For example, the automation of government procurement system has obviously brought positive result in term of costs and time saving and good governance which also paved the way for automatic and digitizing services of other public utilities. Automation is often thwarted not because of fear of losing jobs but because of apprehension of losing unearned money through unfair means. A couple of months ago, at a select gathering at East West University the former chairman of National Board of Revenue (NBR) lamented that although the management had been trying hard to introduce automation in the tax collection process since 2011, the initiative could not be fully implemented owing to the sheer inertia from a large group of unscrupulous tax collectors.

As a labour surplus country, the prime concern of us is whether automation is going to replace of Bangladeshi workers at home and abroad. The anxiety was further  heightened after the recent publication of the Labour Force Survey by BBs which has revealed that during 2013-2018, employment in industrial sector grew only by 0.5 percent despite decade long robust GDP growth over six percent. This phenomenon which economists often refer us to a “jobless growth” has marvelled at people in general. This is because by dint of conventional wisdom we apt to believe that employment share in manufacturing sector should increase until a country graduates to an upper-middle income country. According to this logic, being a low income country, jobs in manufacturing sector should continue to expand until Bangladesh reaches the saturation point.

But manufacturing job share is not increasing in line with the robust GDP and industrial output growth as well. The reason could be attributed to the fact that like other developing countries in South-Asia and Sub-Saharan Africa Bangladesh too has not yet kept pace with the technological advancement taking place in the developed nations. Due to rapid technological progress and rising productivity in countries like Germany, Japan, South Korea, Taiwan etc. the relative price of manufacturing has fallen significantly compared to other economies. And, hence there exists a paradox – manufacturing job share has been declining for decades in advanced countries while manufacturing output kept growing.

By contrast, Bangladesh’s falling trend of jobs in manufacturing sector is more of an outcome of low-cost imported machinery and lesser productivity of its labour force. If skilled labour-driven productivity is increased, both employment and output in this sector is likely to rise. The shrinkage of manufacturing job all over the world due to automation also starts happening in Bangladesh. “The robots are coming for garment workers” read a recent headline in Wall street journal. This is a good step forward because if our manufacturing sector, especially apparel sector can cope with the ongoing changes in the nature of production we will be able to outpace other peer countries with respect to competitiveness. And competitiveness, as is proven, being a key to boost Bangladesh’s small export basket.

While a gradual but sustained adoption of automation will provide our apparel sector with a strong base than before, a rational question at this stage is: how long and how will Bangladesh generate the desired economic growth when competition comes from relentless, scalable and cheap computer software and robotics? Rising income inequality in advanced economies has already caused a large pool of low wage workers of their own. Under this scenario even without mentioning the growing anti-trade sentiment, one wonders how long Bangladesh’s trade competitiveness will sustain to be dominated by its low wages.

Today globalization and automation go hand in hand and they are largely driven by international supply chain. This makes it easier for domestic factories to be a part of global production network than what it was in old days where the entire sector required being overhauled. However, Bangladesh’s engagement in buyer-driven rather than producer-driven dealings, international value chain limits its exposure to the international transfer of technology.

We need to understand that technology, of which automation is a by-product, is nothing but a set people equipped with technical know-how. Ultimately, it is human factor that determines the extent to which a country can derive benefit from automation. The Arabs had walked over the sand for thousands of years, without realizing oil beneath the desert sand until the British and the American engineers shared with them about the expertise of drilling and exploration. The hackers who stole USD 100 million from Bangladesh Bank had better dexterity than the IT personnel at the central bank. The message is very clear: the best way to deal with the scope and threat of automation is by equipping and nurturing our human resources at par global standard. We need to invest more and more in human capital so as to enable us to reap the fruit of automation in sustained manner. Otherwise, we will lose competitiveness and lag behind other nations with respect to sustainable development.

The writer is a retired Deputy General Manager, BSCIC.