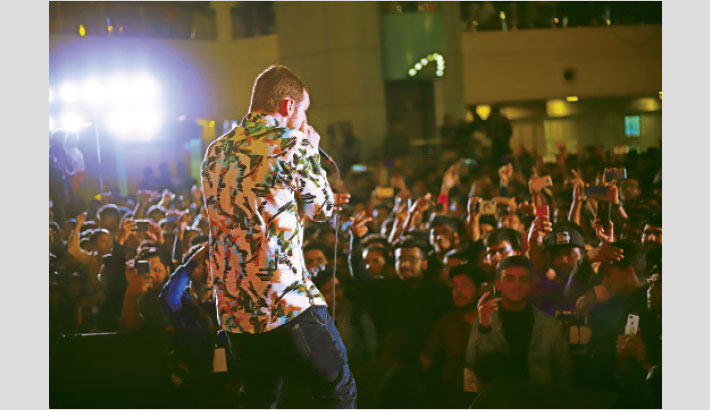 An upbeat and thriving beatbox culture has emerged right under the noses of city dwellers in Dhaka. These beat boxers are so talented that people around are definitely taking notice. All of them assembled recently at Jamuna Future Park for what was Bangladesh’s first official beatbox battle. It was called ‘Battle Box BD 2019’ and was organized by Beatbox Bangladesh. The Mothership Records was the co-organizer. There were no less than thousand people, mostly young, at the event. 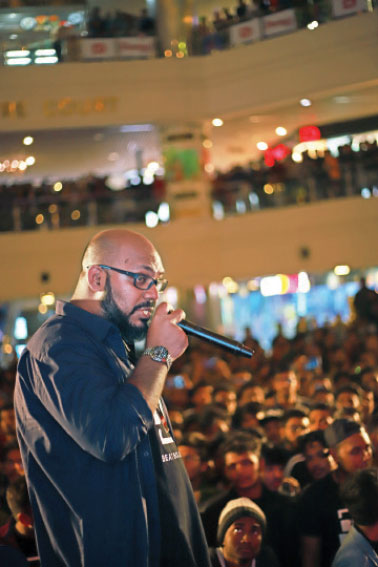 For those who are not familiar with the term, beat boxing is part of the hip hop culture. Vocal percussions are used in a way to mimic drums using one's mouth, lips, tongue, and voice. It is a relatively new art in the fields of music with its roots dating back to 80s. The first official international beatboxing competition took place at the 2005 Hip Hop World Challenge in Leipzig, Germany. And the first official beatboxing competition in Bangladesh took place on December 20, 2019 at Jamuna Future Park.

Moktadir Dewan, from Beatbox Bangladesh, said, “Ronesh and I mainly organize all of the events and activities related to Beatbox Bangladesh, along with our Head of Finance, Towheed. Others who helped organize (locally) the event were The Ensemble, Glitch, Clapperboard Content, LMG Beats, Nagib Hawk, Delvistaa Foundation, BeatsBangla, Desi Hip Hop, Jamuna Future Park, etc. From abroad we had support from Human Beatbox, Swissbeatbox, Asia Beatbox and other such communities. We want to thank EMK Centre. We started Beatbox Bangladesh because of their support and held many workshops at their premises as well.”

Moktadir added that funding is one of the biggest challenges of such events. “It’s pretty challenging to bring out something new and unorthodox. Most people do not understand. Ronesh and I spent from our savings to pull this through. We began the crowdfunding process which everyone was pretty much alien to! The event was mostly sponsored by Nagib Hawk, and through various funding from friends and their initiatives who later became event partners. US Embassy sponsored the judges from America.”

Moktadir’s own beatboxing career goes decades back. “My beatboxing journey started around the mid-90s when I discovered that Michael Jackson used to beatbox and compose his songs. But my fascination towards vocal percussions or creating sounds naturally started off earlier, when I used to watch Michael Winslow from The Police Academy and the legendary Bobby McFerrin. I even took up tabla lessons for a while. Beatboxing is literally a language, with notations and representations. I didn’t meet anyone until way later in 2009 who shared my interest. I could only make a conversation about it to anyone who played drums or tabla, but would fail to explain the depth of it, until now of course.” Undoubtedly one with passion for the subject, Moktadir along with Ronesh and their team worked tirelessly to make this event such a huge success.

Judges Amit Bhowmick, Gene Shinozaki and Napom of The Beatbox House flew all the way from America for the event. There were performances by Sha Vlimpse and by ‘gully boy’ Rana and Tabib Mahmud. Rana is the ten-year-old star who recently became viral because of his rapping videos on social media. 16 beatboxers competed in the event from whom Beat Fizz (Khandaker Shams) was the Champion, followed by RafTeknix (Rafiun Nabi Nahin) as the vice-champ.

“The inclusion of three of the best beatboxers in the world - Napom, Gene Shinozaki and Amit Bhowmick from The Beatbox House - surely made this event memorable. All the performances and the crowd were totally amazing! Seeing a sea of audience and supporters who came from all over Bangladesh just for beatboxing was overwhelming. Watching hundreds of head bobbing and hands moving to the beats created merely by human sounds was a sight to see,” said Moktadir.