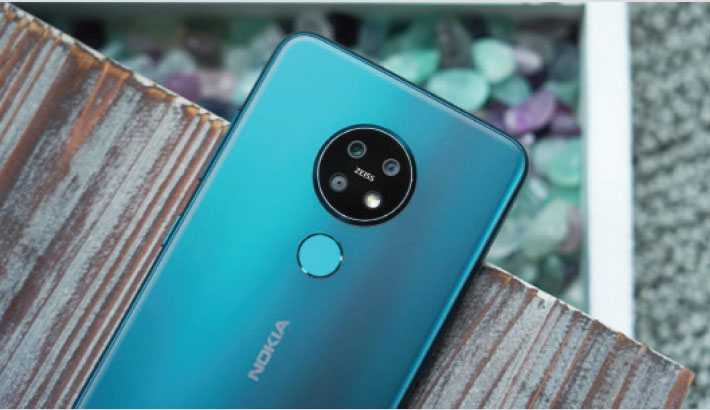 The Nokia 7.2 is a solid, affordable smartphone that caters to those who enjoy massive screens and clean Android software. You will get more than enough features. This isn’t to say that you’re in for any unpleasant surprises; it just means that no wonders should be expected out of this otherwise likable handset. 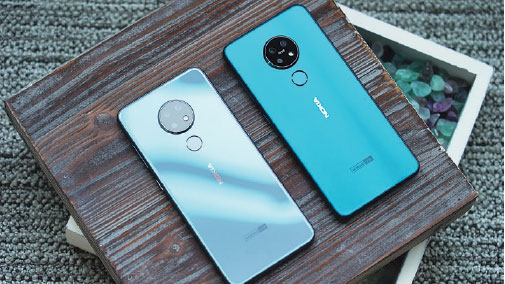 Nokia 7.2 looks exactly the same as its slightly lower-end sibling, the Nokia 6.2. The only two differences are that the Nokia 7.2 is also available in Cyan green color, in addition to black and ice blue, and that the rear glass panel on the 7.2 has been frosted (matte), instead of being a normal glossy glass.

The outlook of the Nokia 7.2 is cool with its simplistic yet appealing lines. Nokia is making a big deal out of the plastic frame surrounding the device, probably as a means to offset the possible criticism that it isn’t using real metal, but it is indeed a very nice and solid feeling plastic. Because of the matte glass on the back, however, the Nokia 7.2 is an incredibly slippery phone in the hand. You may have to use it with a case, though it will make it more gigantic.

The 6.3” IPS LCD screen is of very high, FHD+ resolution, and delivers a pleasing overall picture quality. It's sadly oversaturated, which seems to be impossible to correct. The display spreads almost from edge to edge, leaving a small tear-drop shaped notch on the top. The phone can do some bonus visual tricks, such as “upscale” regular video content to “HDR” content as well generally boost certain parameters like contrast and sharpness for an edgier image, depending on the application.

There is a triple camera setup on the back of the Nokia 7.2, featuring a main 48 MP camera, an ultra-wide angle 8 MP one, and a 5 MP depth cam. The high-resolution sensor and its 12 MP photos are of satisfying detail (it combines 4 pixels into 1 superior pixel, thus the 48 MP sensor producing 12 MP images). They are generally good looking, with outdoor shots having a pleasant overall color balance.

One area this camera doesn't seem to excel is dynamic range, as is usually the case with otherwise decent cameras in more affordable phones. On another note, the secondary, extra-wide camera is of 8 megapixels and it tends to produce softer-looking shots of somewhat inferior quality. They are not bad, but it just won’t perform so well when used indoors or in lower light.

Moreover, video recording can be done at up to 4K resolution using the main rear camera, and the resulting footage looks fine. It's not as impressive or stabilized as 4K recordings from higher-end smartphones, but it's perfectly usable.