Should We Worry About Our Garment Sector? 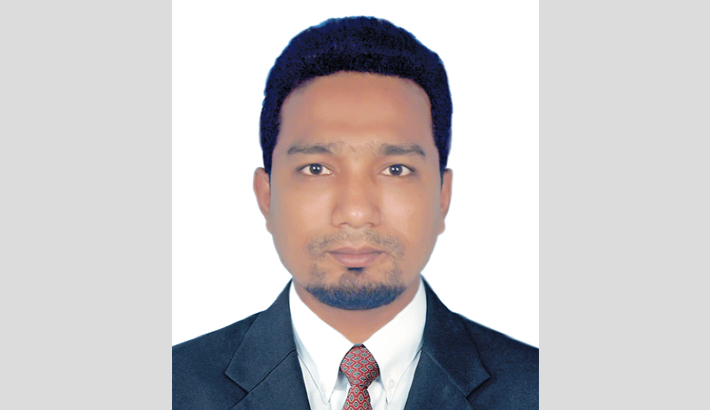 Readymade garments sector of Bangladesh undoubtedly is playing a remarkable role in earning foreign exchange which strengthens the country’s locomotive power along with alleviating the unemployment problem which hinders the country’s development efforts. Creating huge job opportunities, the sector is making the country’s economy dynamic. It is also accelerating the infrastructural development of the country.

Although garments industries were established in the 1960s of the last century in Bangladesh, it became an export oriented industries at the end of the 1970s. In 1977, Riaz Garments first started exporting garments to France. In 1979, Desh Garments, another pioneer of Bangladesh RMG sector, started a joint project with South Korean Company ‘Daiyuu’. In the fiscal year 1984-85, there were only 384 garments factories in Bangladesh. At present, the number of garments factories has risen to 4621 according to the source of BGMEA, the highest body of the readymade garments sector.

There is no dying the fact that the apparel sector is a matter of prestige, pride and honour for the people of the country. We feel proud when we see ‘Made in Bangladesh’ written on the apparels going to foreign markets. Recently, the green factory concept is adding new dimension to the sector. On the basis of some environment friendly features, United States Green Building Council (USGBC) certifies factories as green factories. The features include lower energy consumption, use of renewable energy, safety issues, water efficiency, convenient working environment, use of technology, ability to fight fire and other accidents, and most importantly the strength of the construction as being used for industrial purpose. There are several levels of such certification: Platinum, Gold and Silver. There are points for each green features. If the factory building attains point 80 or above on the merit of its green features, then it will be awarded as Platinum. In the same manner with 70 or more but less than 80 qualifies for Gold and with 60 or more but less than 70 qualifies for Silver.

According to the Export Promotion Bureau (EPB), the total export volume of Bangladesh in the fiscal year 2018-19 was in monetary terms about 4 lakh 5 hundred 35 million US dollars and of which about 3 lakh 4 thousands and 133 million US dollars came from garments sector.  It means that 84 per cent of the total remittance is earned by this sector, which makes the sector the highest export earning sector in Bangladesh.

From the chart, it can easily be said that the RMG sector is undoubtedly a profitable and potential industrial sector in the country as there is a gradual increase in the flow with slightest fluctuation. Now, the question is: Is this sector running smoothly?

A recent report telecast in a private TV channel disclosed that 46 garments factories have been shut down during the last four months and about 1,500 factories stopped their production in the last 1.5 years. The owners of these factories failed to pay the salaries and wages of the employees as there was not sufficient response from the buyers. The report says that the readymade garments sector of the country is now passing through a hard time. The rapid price hike of essential commodities is hitting the wages of garments workers. Besides, there is a high flow of the price hike in fuel and in the cost of transportation. As a result, production cost is increasing day by day. But in accordance with the escalation, the price of the products is not increasing. Rather, buyers want products at cheaper rates.

From BGMEA source, it is known that purchase order is decreasing because of emerging a number of new competitor countries. India, Myanmar, Pakistan and Vietnam are getting more purchase orders. It impacts the country’s orders. As a result, most of the factories cannot continue their business and they had to stop the factories. This leads to the closure of many factories. Besides, there is acute workers dissatisfaction because of increasing living cost day to day.

Garment factories have become a competitive sector around the world. Though a competitive market is beneficial for buyers, it is not good for the sellers, till they cannot fulfil the demand of the buyers. And it is very difficult to fulfil the demand of the buyers. Many industry owners had to stop their factories being defeated in the competition. Similarly, Bangladesh is a competitive market place of garments industry in the world. China always holds its first position in the sector. Other countries like India, Cambodia, Vietnam, Myanmar, and Ethiopia are advancing rapidly with the quality of products, reasonable price, technological advancement, cheap labour etc. If Bangladesh cannot compete in this global market, the industry will undoubtedly lose the foreign buyers.

A survey from BGMEA published last month says that from January to October of this year 60 factories had to stop their production due to financial crisis. Consequently, about 30 thousands garments workers lost their jobs.

According to the Export Promotion Bureau (EPB) data disclosed on 6 December, the export earnings of the readymade garments sector have been decreasing for the last four months. In the first months of the current fiscal year, the sector earned 1 thousand 308 crore and 86 lakh dollars which is 7.74 percent less than the foreign exchange earned at the same time of the last year. In the fiscal year 2018, the sector earned 1 thousand 418 crore dollars.

Recently, Commerce Minister Tipu Munshi has sent a letter to the Finance Minister mentioning the present alarming condition of garments sector and requested him to take some effective initiatives including devaluating dollar rate against local currency.

There is a wise saying that “Prevention is better than cure”. So, it would be very wise if we become alert and take necessary steps to overcome the crisis moment. First of all, the authorities concerned must find out why the factories become unable to continue their production; what they need to solve the problem; what the government can do in this respect; why our orders are being diverted to other countries.

Timely intervention can save the industry from its rapid fall. Otherwise, we must face an unfortunate truth.  It is high time we thought about the sector.