A museum that unfolds Bangladesh’s history 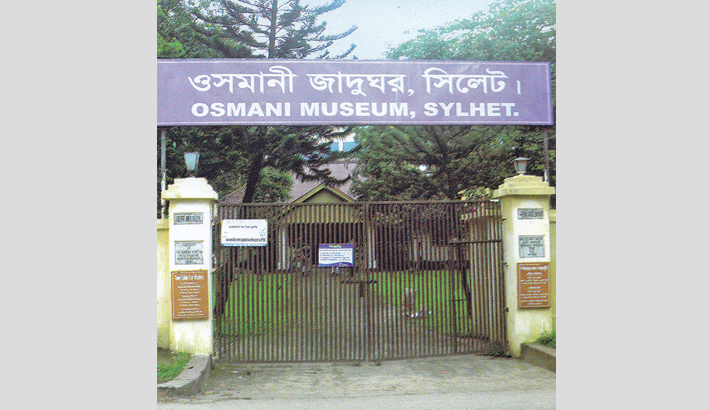 Main entrance of the museum

Osmani Museum in Sylhet has brought Bangladesh’s history to life. Muahammad Ataul Gani Osmani was inseparable part of the Liberation War of Bangladesh in 1971. He was the Commander-in-Chief of Bangladesh forces. He supervised the overall strategy of the operations undertaken by the sector commanders. He has created the entire Bangladesh Armed Forces. During his service in Pakistan Army, General Osmani was always 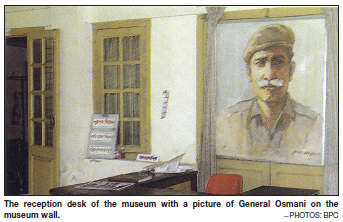 vocal against the discrimination against Bengali military officers. Popularly known as Bongobir (Hero of Bengal), Osmani was once demoted and his promotion was postponed for his straightforward characteristic. He joined Awami League led by Bangabandhu Sheikh Mujibur Rahman in 1970. The same year, he was elected a Member of National Assembly (MNA) from Sylhet’s Fenchuganj constituency. On April 17, Osmani assumed the personal command of Bangladeshi forces in our Liberation War, 1971. A descendant

of Shah Nizamuddin Osmani of Dayamir, Osmani led an ordinary life where luxury had no room. He used to wear simple clothes and preferred having a strict culinary taste. For his stern nature and iconic whisker, he was familiar among his colleague as “the man with the moustache.” He was a perfect example of a ‘Man of Integrity.‘ Anyone who came in contact with him will unequivocally agree that General Osmani was a man of principles, self respect, pride and dignity. Nothing could ever make him compromise on principles. In commemoration of the ‘Bongobir’, Osmani Museum has been established at his Sylhet residence. In 1986, the museum was handed over to the National Museum. The clothes, furniture, paintings, photographs, books and other things used by the national hero have been preserved in three galleries of the museum.