‘No complaint lodged against Santokie’ 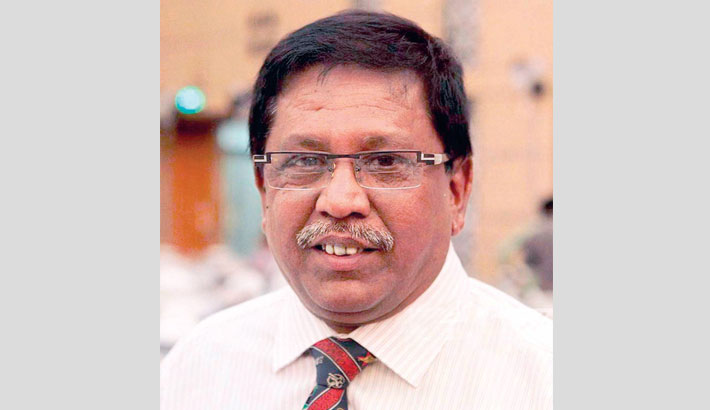 Bangabandhu Bangladesh Premier League (BBPL) Technical Committee Chairman and Match Referee Raquibul Hasan stated on Saturday that no complaint has been lodged against controversial bowler Krishmar Santokie by its team.

Sylhet Thunders’ controversial pace bowler Santokie made it into the playing eleven against Rajshahi Royals despite raising quite a few eyebrows in BBPL opening match at Sher-e-Bangla National Stadium on Thursday.

Earlier, Thunders team director Tanjil Chowdhury revealed that they have requested Bangladesh Cricket Board (BCB) to investigate the wide and no-ball of Santokie in his opening over against Chattogram Challengers in the first game of the ongoing BBPL.

Santokie bowled a huge wide in his third delivery but the no-ball that he bowled two balls later also cannot be ignored terming it as just part of the game considering the length of his overstep.

Social media was understandably abuzz, with the image of Sylhet Thunder bowler Santokie going over by several inches during their match against Chattogram Challengers in Dhaka being shared around.

“Technical committee has nothing to do about this (regarding Santokie’s no-ball),” Raquibul told reporters at Sher-e- Bangla National Cricket Stadium.

“It comes under betting or match fixing criteria, squad betting (so it is up to the Anti-Corruption Unit),” he said.

“An official (Tanjil) of the board has brought the matter to the fore. That was a huge no ball and I saw (Mohammad) Amir doing it in Lords. It doesn’t come into our jurisdiction. I can’t comment on this,” he said.

Raquibul said that though there was nothing in the captain’s report, if BBPL Governing Council arranges a hearing then a lot of the fog around the issue will settle down.

“If they make an arrangement for a hearing, he has to explain it there,” said Raquibul.

“Have to see the footages and also have to see if he had the same track record in past,” he told.

“He also played the next match and didn’t bowl well in one over. This matter should fall under Anti-Corruption Unit’s jurisdiction. I was the match referee in that match but I didn’t get any report regarding that,” he said.