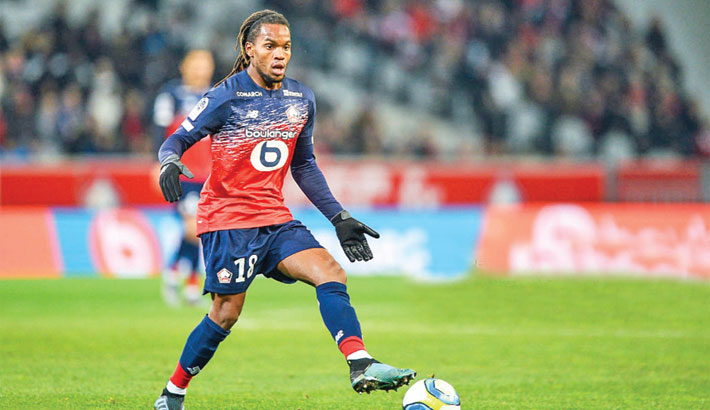 Renato Sanches scored a spectacular late winner to give Lille a 2-1 victory over Montpellier on Friday as a fourth successive Ligue 1 triumph kept them on course for a return to the Champions League.

Portuguese international and Euro 2016 winner Sanches, his club’s most expensive buy when he signed for 20 million euros from Bayern Munich in the summer, struck the decisive goal in the 84th minute.

“Sanches had his best game for us,” said Lille coach Christophe Galtier.

“He pulls off some magnificent moves, even if sometimes he tries them in areas that do not appeal too much to a coach!

“But fans come to the stadium to see players like that.”

Jonathan Ikone opened the scoring for Lille from the penalty spot just before the half-time interval only for Andy Delort to level in the 74th minute from a rare Montpellier attack.

Despite that, Lille were worthy winners as they look to return to the Champions League next season after a miserable campaign this time round which saw them lose five of six group games.