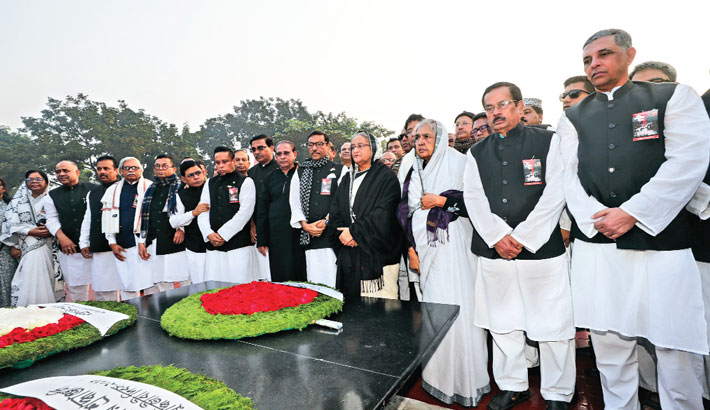 The nation on Saturday observed the Martyred Intellectuals Day with a call to draw up a flawless list of martyred intellectuals.

They also urged the government to bring fugitive war criminals and killers of intellectuals back home and execute the court verdict against them.

“A correct list of the martyred intellectuals has to be made,” Nuzhat Chowdhury, daughter of Dr Alim Chowdhury, said.

She also urged the government to write a correct list of the Rajakars, Al-Badrs and Al-Shams and execute the court verdict against the absconding Rajakars.“We, who are the children of the martyred intellectuals and believe in the spirit of independence, must be united,” she said.

She deplored the fact that Chowdhury Mueen Uddin and Ashrafuzzaman Khan who were directly involved in the gruesome killing of intellectuals only two days before the country’s independence in 1971 are yet to be executed, as they have been living abroad.

Sensing their immediate defeat, the Pakistani forces and their local collaborators drew up a plan to annihilate the intelligentsia to cripple the nation.

As per their plan, Pakistani occupation forces and their local collaborators picked up educationists, writers, journalists, physicians and cultural activists from their homes on December 14 in 1971 and took them blindfolded to the killing grounds and murdered them in one of the history’s most infamous intellectual pogroms.

The President along with the head of the government stood in solemn silence there for some time as a mark of profound respect to the memories of the martyred intellectuals.

Earlier, Prime Minister Sheikh Hasina received the President on his arrival at Martyred Intellectuals Memorial at 7:00 am. After placing wreaths, the President and the Premier talked to the war-maimed freedom fighters and family members of the martyred intellectuals there and inquired after their health.

Later, flanked by central leaders of the party, Sheikh Hasina, also the president of Awami League, placed another wreath at the Martyred Intellectuals’ Memorial as the party chief.

Law enforcement agencies were put on alert in and around the two memorial sites while movement of traffic was restricted on the road stretching from Mirpur Section 1 to the memorial till midday.

Besides, people around the country observed the day by holding various programmes, including discussions, human chains, silent processions and other cultural programmes. The national flags flew at half-mast atop all the government offices and educational institutions.

Dhaka University organised a discussion at the Teacher-Student-Centre with Vice Chancellor Prof M Akhtaruzzaman in the chair.

Meanwhile, the ‘Martyred Intellectuals Day’ was observed with due respect and solemnity in the port city as elsewhere of the country. 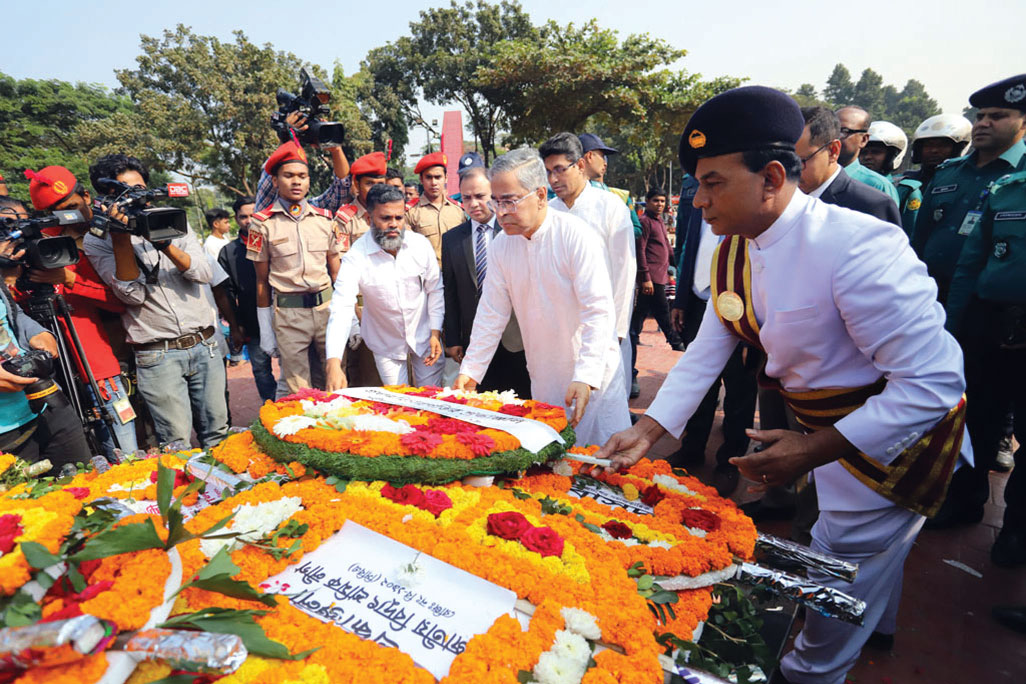 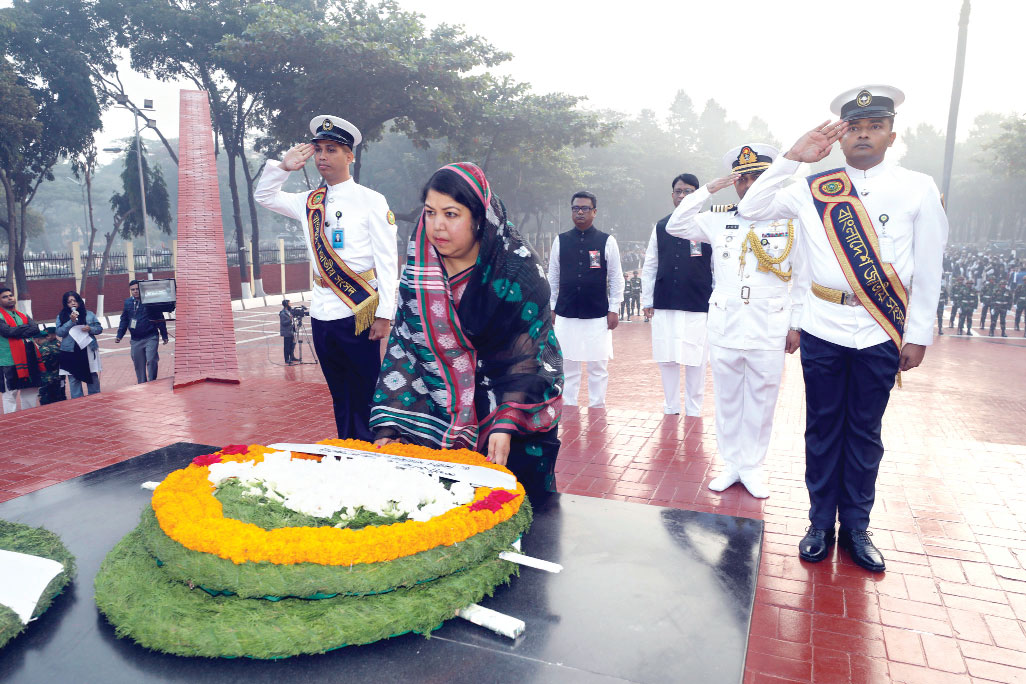 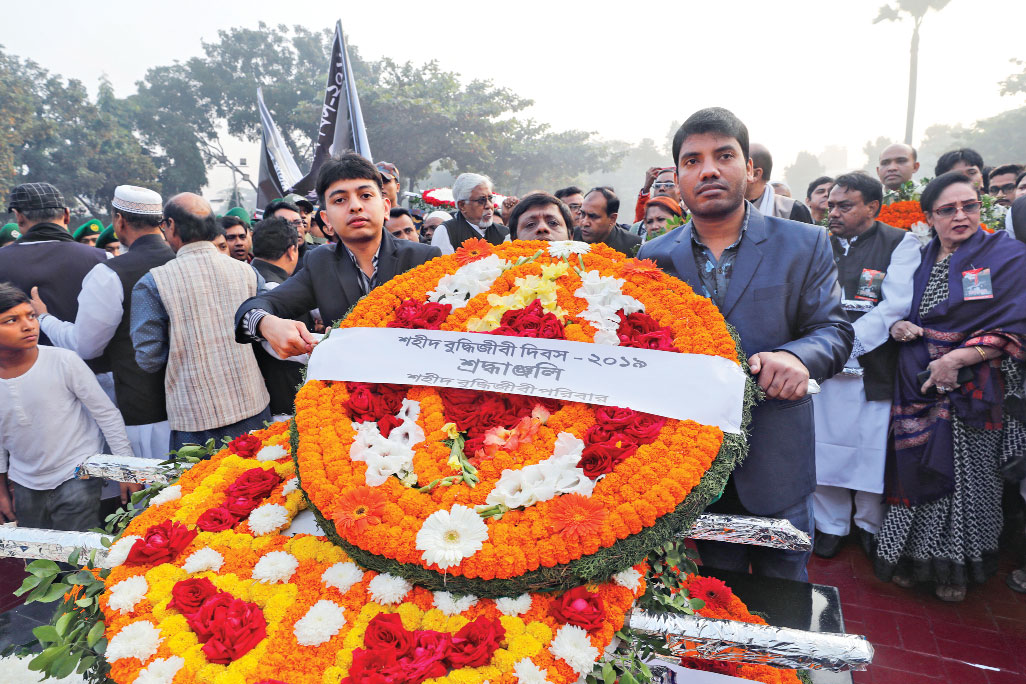 Family members of the martyred intellectuals 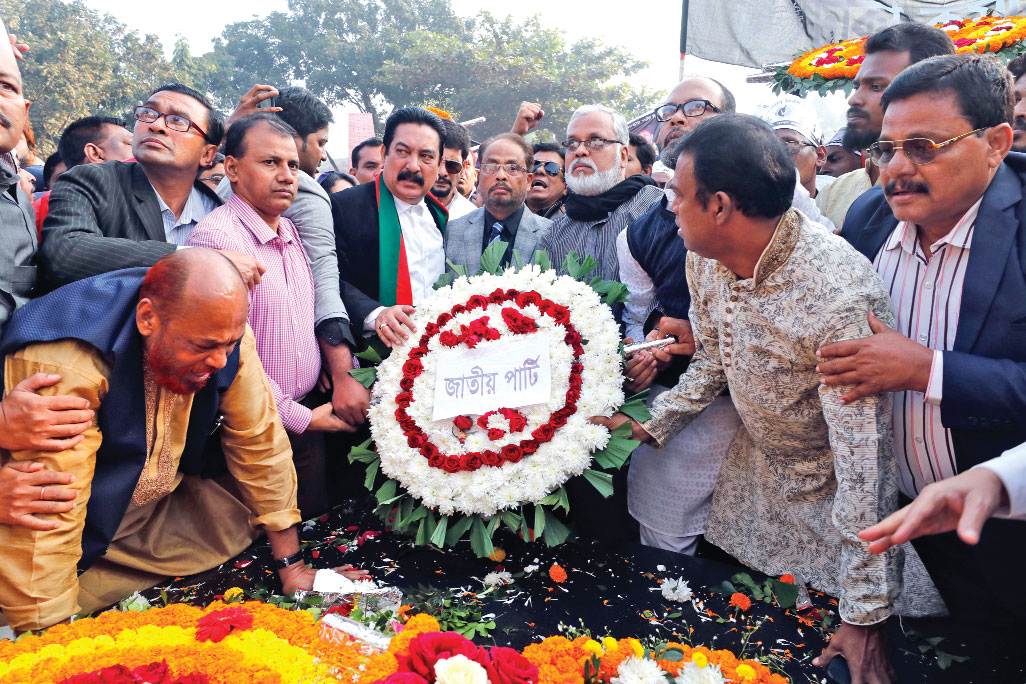 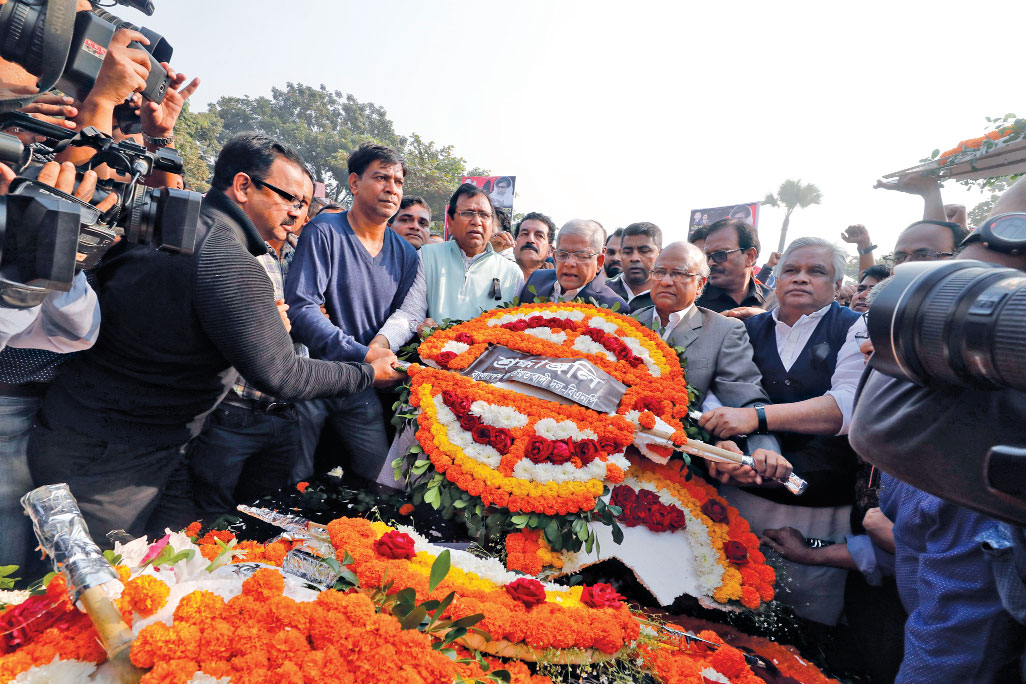 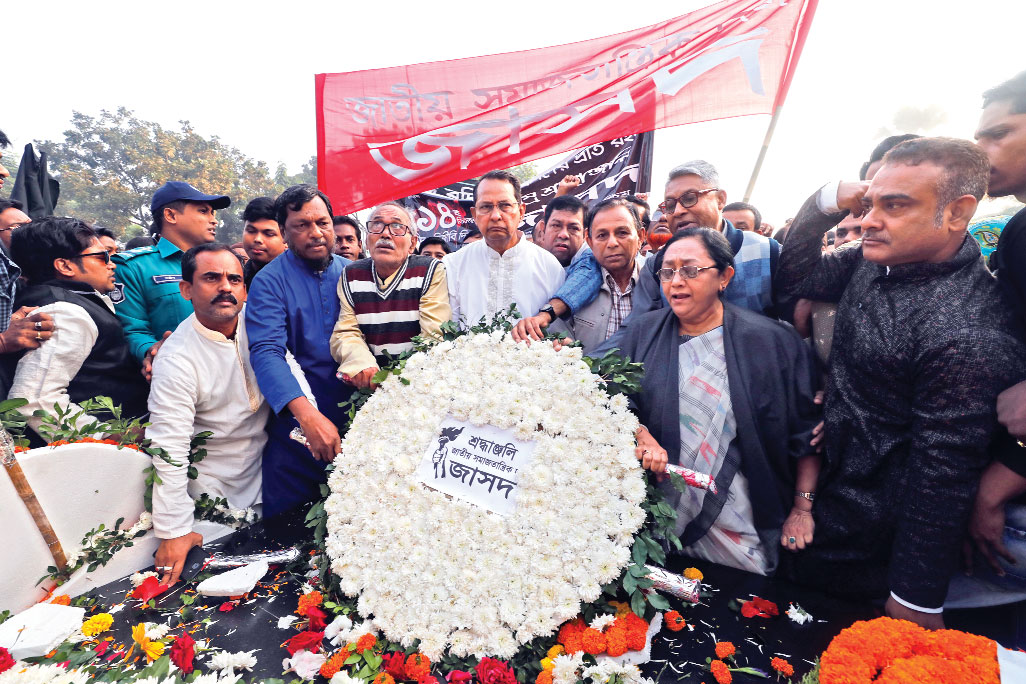 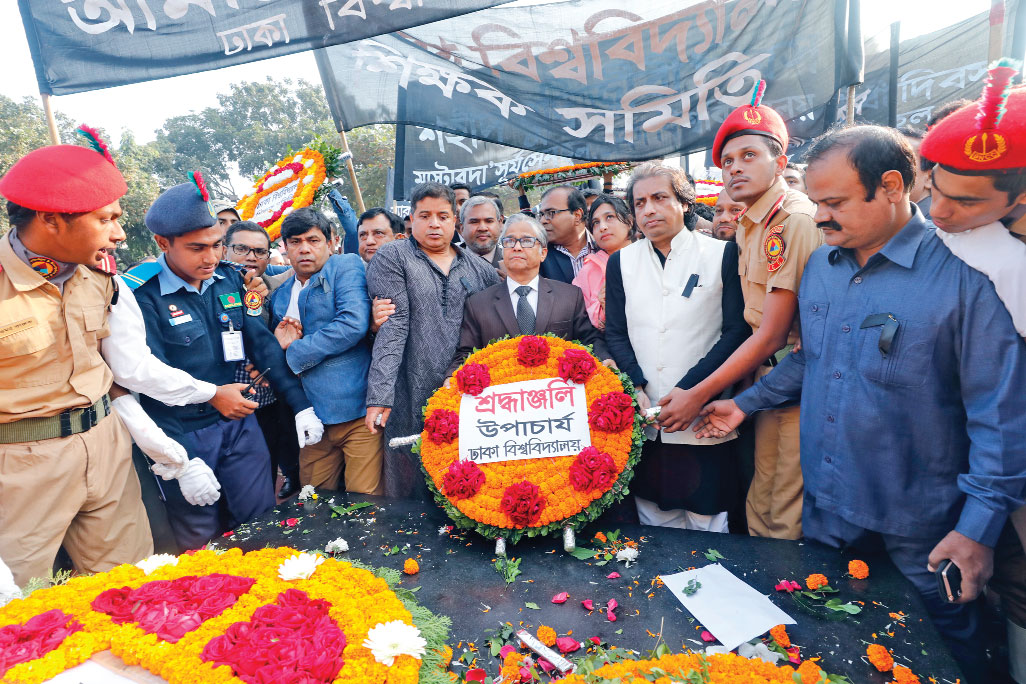 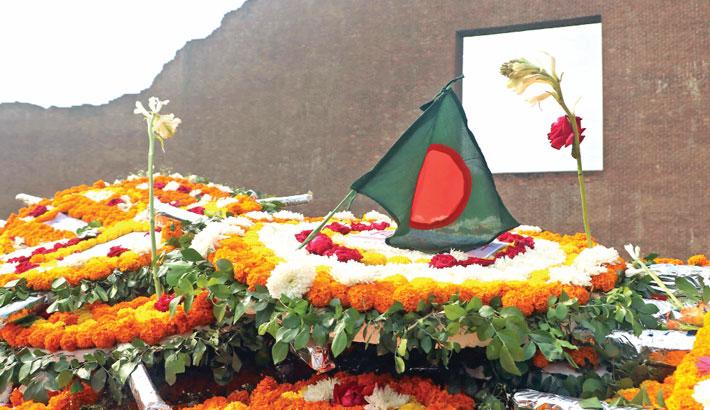 Wreaths and bouquets pile up at Rayer Bazar mass grave 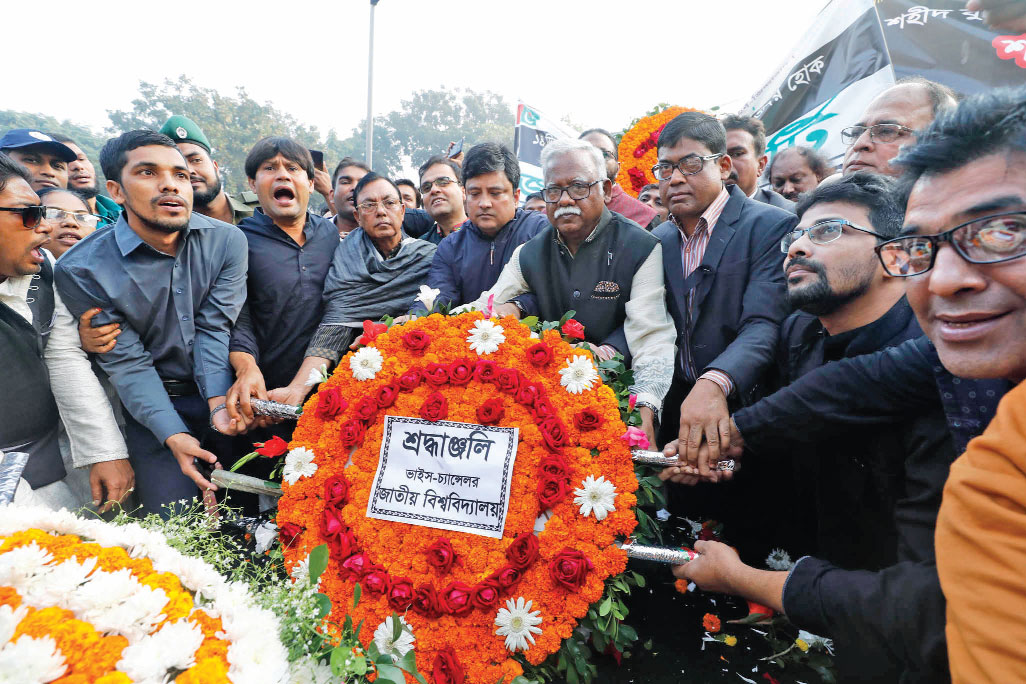 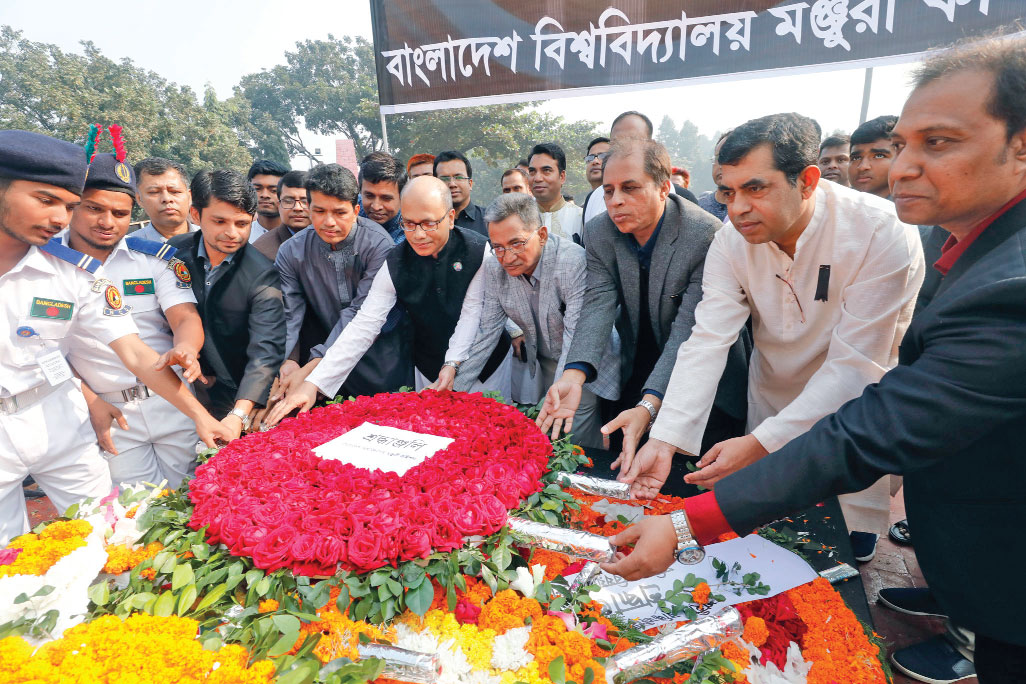 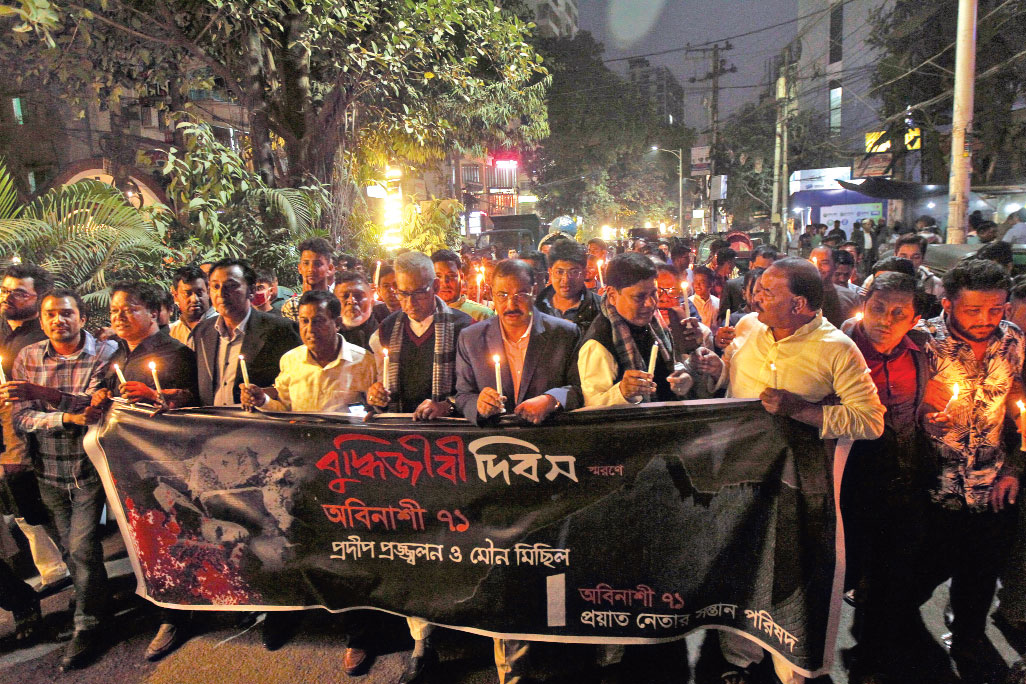 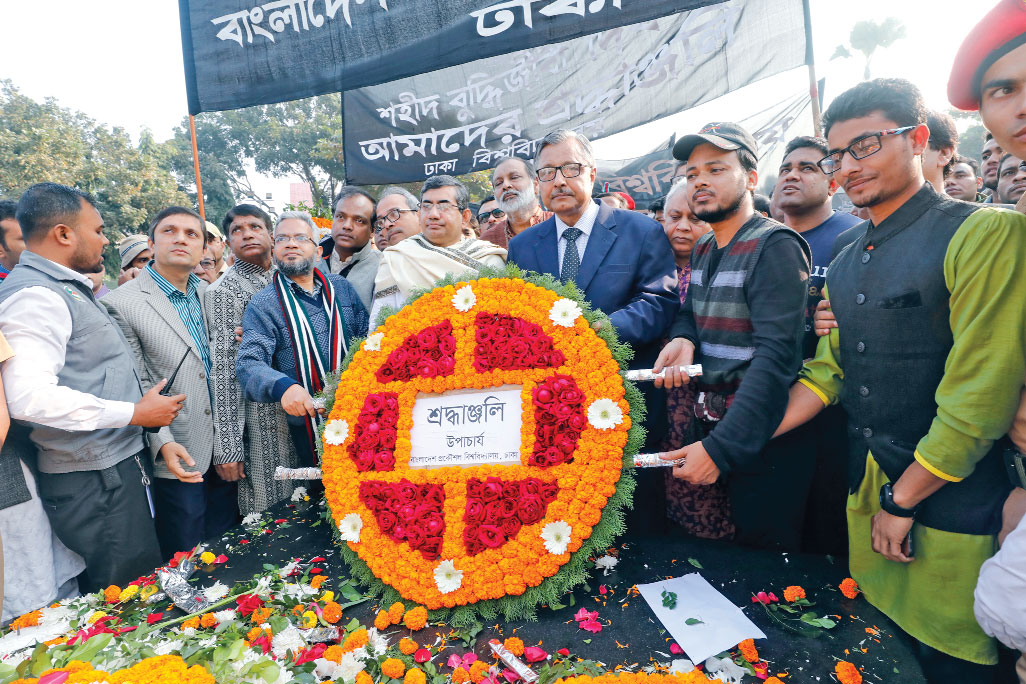 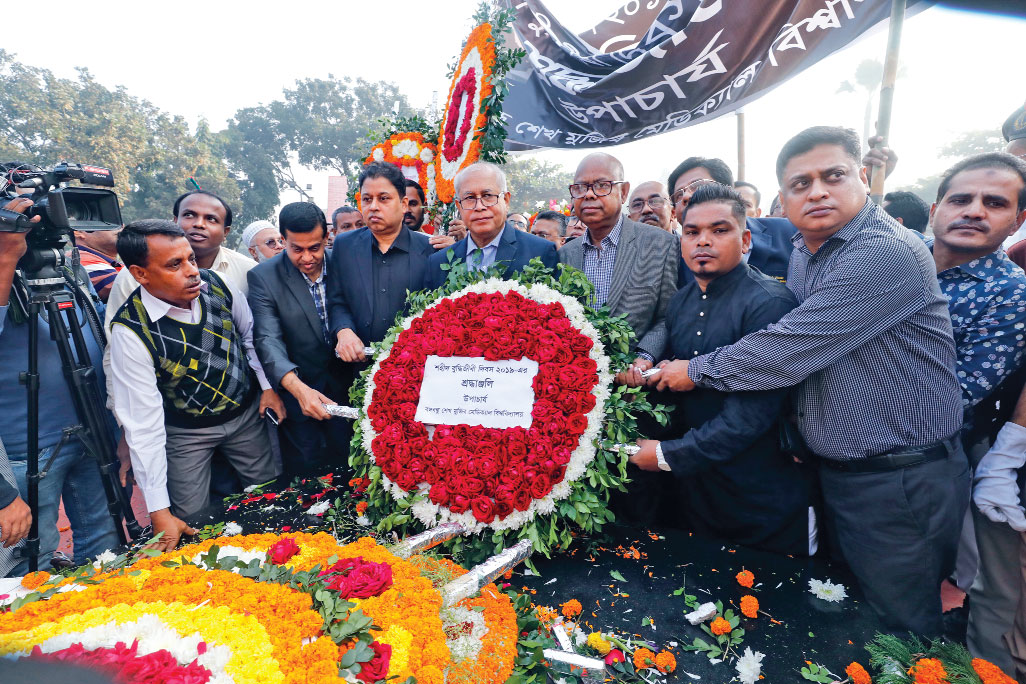 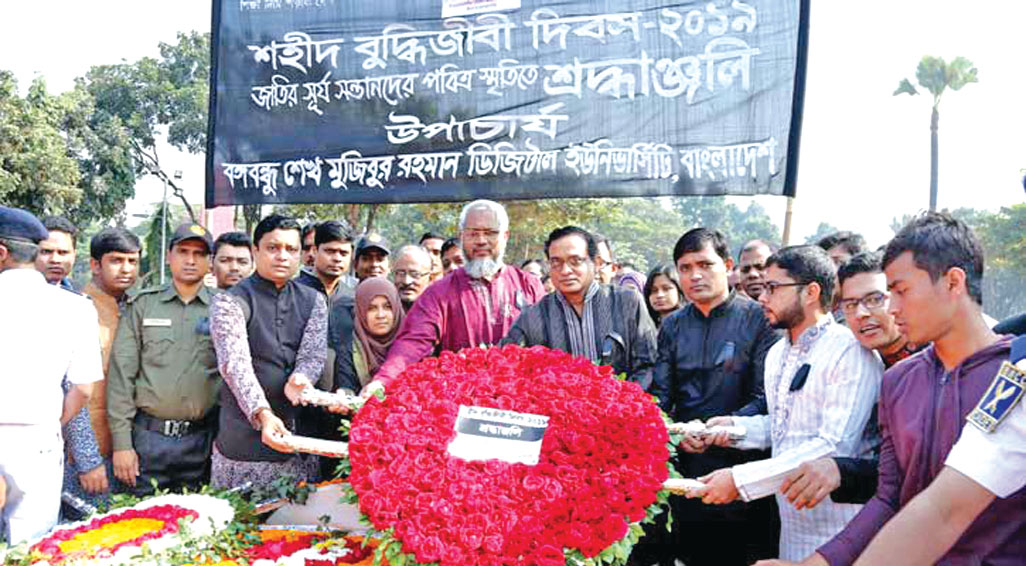 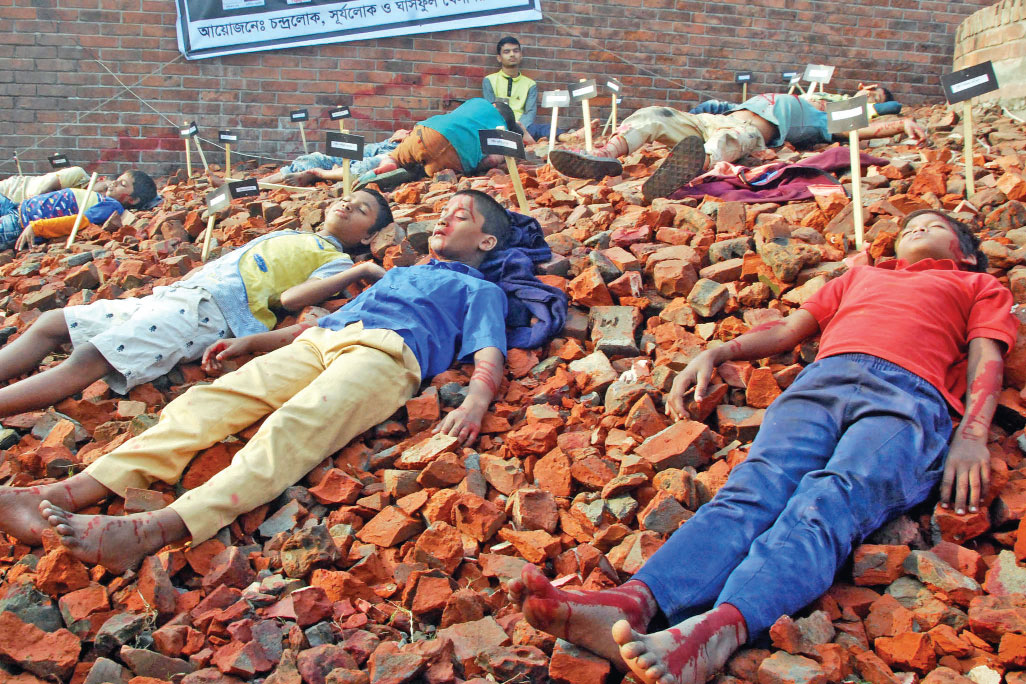