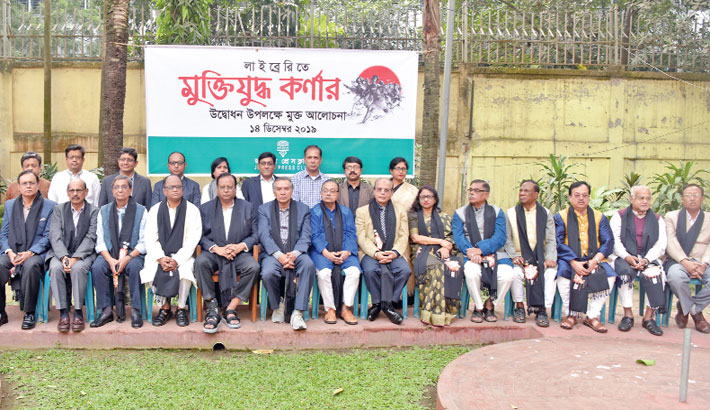 Editors of different dailies, senior journalists and other guests attend a programme arranged to inaugurate the Liberation War Corner at the library of Jatiya Press Club in the city on Saturday. – SUN PHOTO

Jatiya Press Club has opened Liberation War (Muktijuddha) Corner at its library, which is intended for remembering war heroes who made the supreme sacrifice for the sake of the country’s independence.

There are approximately two hundred books on research activities about freedom fighters, Bangabandhu’s leadership during the liberation war, front war against the Pakistani army and other true stories before and after the liberation war.

In her welcome speech, Press Club General Secretary Farida Yasmin said the club has a plan to publish a book in commemoration of the freedom fighters who are members of Jatiya Press Club.

Shamsul Arafeen who fled from Pakistan army barrack to join the Liberation War said, “We have informed the public about the liberation war.

“But it’s time for us to introduce the government officials who fought for the country’s sake.”