SRK to sign his next film with Aashiq Abu 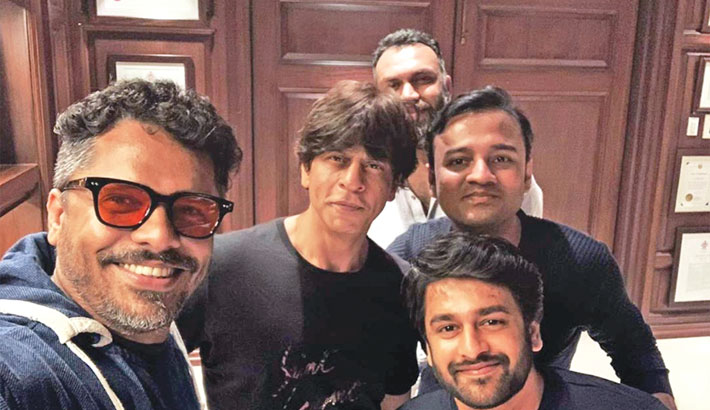 Shah Rukh Khan was last in 2018 film Zero along with Anushka Sharma and Katrina Kaif. The film was dud at the box office. Post that the actor hasn't announced any film. Amid speculations of him signing a film with Rajkumar Hirani, new reports suggest that the actor is all set to team up with Malayalam filmmaker Aashiq Abu and scriptwriter Syam Pushkaran for his next film, reports news18.

The reports came after the filmmaker, on Thursday, took to social media to share pictures with the actor after a get together at his residence.

“Thank you, @iamsrk. We love you,” he captioned the photo.

As per reports, Shah Rukh invited Aashiq Abu to his residence after watching Aashiq’s medical thriller Virus, a film based on the emergence of deadly Nipah virus in Kerala and the state’s battle to combat it.

“Director Aashiq Abu met Shah Rukh Khan at Mannat today and signed a film with him. Syam Pushkaran of Kumbalangi Nights fame will pen the script,” indianexpress.com quoted a source as saying.

Producer Shaneem Zayed also shared photos and wrote, “A good two long hour conversation with #SRK with one of most favorite directors and writers @aashiqabu and @syampushkaran that became easily one of the most memorable days of my life I am sure yours too.” While there is official confirmation about a film, if these reports turn out to be true, it will the Aashiq Abu’s first Hindi movie.