‘Tales of the Old Dhaka’ underway at AFD 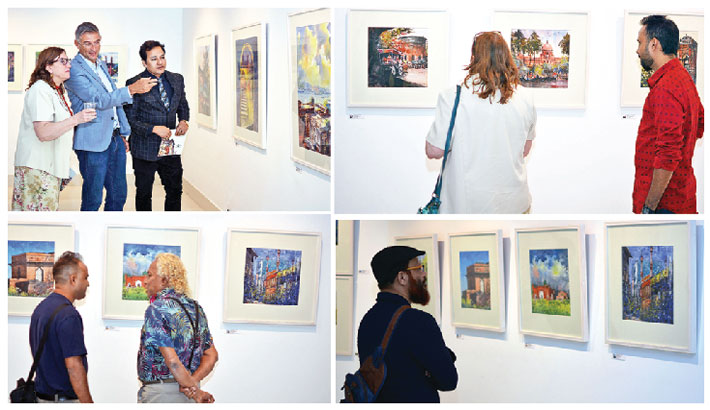 A group painting exhibition titled ‘Tales of the Old Dhaka’ by Joloj Artist Group is underway at Alliance Française de Dhaka in the capital’s Dhanmondi area.

The inaugural ceremony of the exhibition was held at the La Galerie of AFD on Friday.

About the Exhibition: Even though all cities are made of lifeless concrete and tons of mechanical structure; they are not designed and engineered like machines. Each city has a secret soul, it breathes, lives and dies.  Each city creates an own echo system, a way of living through the long journey of its growth. While cities evolve by components, blocks, parks, transport and so forth are designed and engineered.

But the city as a whole emerges as forms of behavior that are preserved despite the evolution of these natural and built-in environments. Generations of inhabitants organize and intersect the city’s many parts so that it evolves into, not only a built-structure on top of a natural-environment, but a living object that we might easily call the “soul” of the city.

A group of young visual artist named “Joloj” intended to portray the soul of a thousand years old city that gave her womb and her breasts like a caring mother to grow us as artists.

After the inaugural ceremony, the exhibition will be open to all till December 18 at La Galerie of Alliance Française de Dhaka.