‘Battle for cleanliness’ begins in city 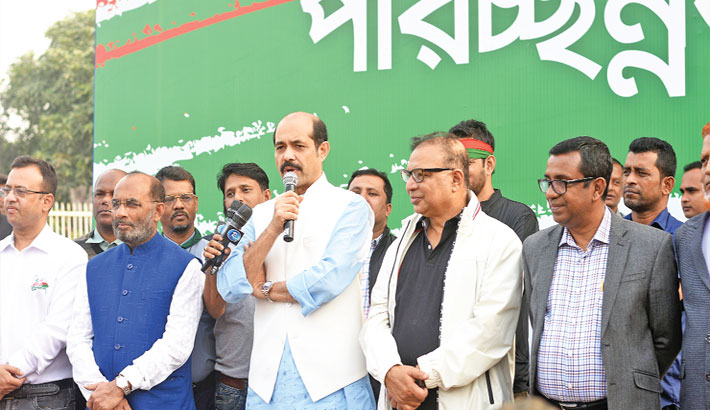 Dhaka North City Corporation Mayor Atiqul Islam speaks at the inaugural ceremony of a programme titled ‘Fight for Cleanliness’ on Manik Mia Avenue in the capital on Friday. — SUN PHOTO

A new cleanliness drive — ‘Porichchonnotar Juddho’ (battle for cleanliness) — was launched in the capital on Friday, reports UNB.

“It’s our responsibility to keep this country beautiful and clean,” Karim said, adding that those who take bribes and engage in corruption will also have to clean up their act.

“Such impurity should be eradicated from the society,” he said.

State Minister Khalid said such cleanliness campaigns will help a lot in building the country.

DNCC Mayor Islam said the people have to keep the country clean.