Myanmar’s Denial Is Not Unexpected 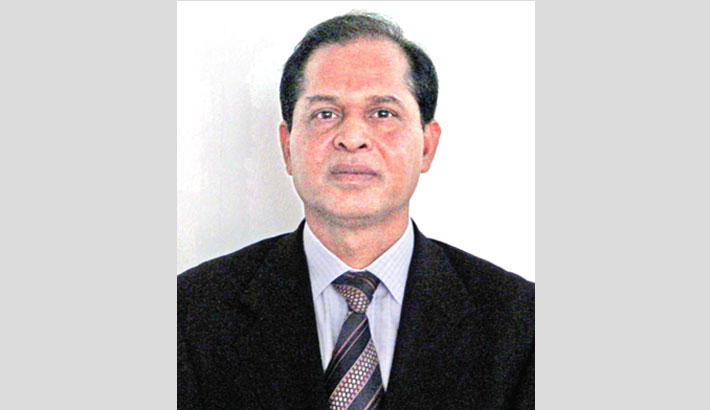 Though Bangladesh was trying to solve the Rohingya crisis bilaterally from the very beginning, but it could not be solved due to Myanmar’s unwillingness and insincerity. Being a believer of peaceful resolution of any crisis, Bangladesh has always been emphasising a safe, voluntary, dignified and secured repatriation of the more than a million Rohingyas staying in Bangladesh to their own homes in the Rakhine state of Myanmar. As such, Bangladesh had signed a Memorandum of Understanding on repatriation of Rohingyas with Myanmar, two years back, on 23 November 2017. Since then, not a single Rohingya was able to go back to their ancestral land, though Myanmar had staged twice its repatriation drama, one in November 2018 and the other one in August this year.

Hon’ble Prime Minister Sheikh Hasina placed a four-point proposal to resolve the Rohingya crisis before the 74th UN General Assembly. Her proposals were very clear and simple. She has rightly said that the crisis could be solved if Myanmar manifests clear political will for sustainable return and reintegration of Rohingyas, builds trust among Rohingyas and guarantees their security and safety. She has further said to address the atrocities committed by the Myanmar military against Rohingyas. Myanmar remains mum.

At the 18th NAM Summit held in Azerbaijan, Sheikh Hasina also reiterated that its solution has to be found inside Myanmar. Malaysian Prime Minister Dr. Mahathir Mohamad, terming it as genocide, has said that this should be brought to book. Even in last month, during the ASEAN-India Summit in Bangkok, Indian Prime Minister urged Aung San Suu Kyi for speedy, safe and sustainable repatriation of the Rohingyas. At that Summit, UN Secretary General Antonio Guterres also urged Myanmar to ensure safe return of Rohingyas driven out by military crackdown. However, despite all these, Myanmar’s military-backed government remains reluctant to take back their nationals, the Rohingyas.

When the efforts of the world leaders including Bangladesh and the UN have failed to solve the crisis, a small West African country Gambia, on behalf of the OIC, has filed a lawsuit last month at the International Court of Justice (ICJ) in The Hague accusing Myanmar for acts of genocide on Rohingyas. The hearings at the ICJ have started from 10 December. On the first day, Gambia has placed all its arguments as well as adequate evidences that prove Myanmar’s atrocities (like killings, rapes, burning houses, etc) on the minority Rohingya population of Myanmar. As the case may take 10/15 years to come to a conclusion, Gambia has also sought provisional measures to prevent further irreparable harm to the Rohingya.

On 11th December, the second day of hearings, Myanmar’s leader Aung San Suu Kyi personally defended her country from the accusation of genocide against the Rohingya. She has straightly denied the allegation of any act of genocide against the Rohingya community in her country. According to her, whatever incidents had occurred, those were due to Myanmar’s security forces responds to the violence initiated by Arakan Rohingya Salvation Army (ARSA). Referring to the counter-insurgency operations at Maungdaw township, she said, “Tragically, this armed conflict led to the exodus of several hundred thousand Muslims from the three northernmost townships of Rakhine into Bangladesh”. By saying this, Suu Kyi has, at least, recognised the fact that several hundred thousand Rohingyas had to leave their own land and took shelter in Bangladesh. She has also agreed that Myanmar will address, following its judicial system, if war crimes or human rights violation were committed by the Myanmar Army.

Two parties (Gambia and Myanmar) have, once again, appeared before the ICJ on 12 December for final hearings. Both parties placed their arguments to establish their respective claims. The court, however, would take a few days to pass any interim rulings/orders. That judgement of the court would be very crucial for the entire Rohingya community staying in Bangladesh and Myanmar as well as Bangladesh and Myanmar. If the judgement on provisional measures comes in the form of an injunction against Myanmar, then the Rohingya still living in Myanmar would be saved from any further persecution. At the same time, repatriation of Rohingyas from Bangladesh might see some light. If the court finds that Myanmar committed the greatest offences like genocide, then the situation would be different. However, if a party fails to comply with the judgement of the ICJ, the issue would be referred to the UN Security Council for final decision and implementation.

In view of the existing situation of the issue, we can imagine two probable scenarios- Myanmar goes with the ICJ’s provisional judgement or Myanmar might not comply with the ICJ’s judgement. If the first one happens, then Myanmar might turn up with good intention and as a result, the safety of the Rohingya community living in Myanmar could be ensured as well as the repatriation of the Rohingya staying in Bangladesh could start. On the other hand, if Myanmar is reluctant to comply with the judgement, then, as per practice, the ICJ would refer it to the UN Security Council. And we know, China might apply its veto power in favour of Myanmar. But, then- will not the Rohingya people be able to get any justice? How long China will back Myanmar continuing such heinous crimes against humanity? May we hope that the peace-loving people of China would come forward to convince their government to stand by the side of these oppressed people of Myanmar to have a safe and secured life in their own land?

We also know that Myanmar, in addition to ICJ, faces legal challenges on Rohingya issue at separate war crimes tribunal in The Hague and a lawsuit in Argentina. Whatever the judgements would come from those courts, Myanmar might also follow the same path. By this time it is clear, Myanmar, at any cost, would try its best not to take back all Rohingyas staying in Bangladesh. As Suu Kyi said and if China advises, or there is strong pressure from the world community, or any kind of economic sanction, then Myanmar would certainly agree to accept a big number of these Rohingyas. In that case, Bangladesh will have to continue burdening the remaining Rohingya people.

However, Bangladesh, recognising the reality and taking into account Myanmar’s position, should continue its efforts for the safe, secured and dignified repatriation of all the Rohingyas staying in Bangladesh. At the same time, we should try to find out other windows that might help us solving this crisis. We only desire that the Rohingyas would get justice and return to their own homes with dignity soon.