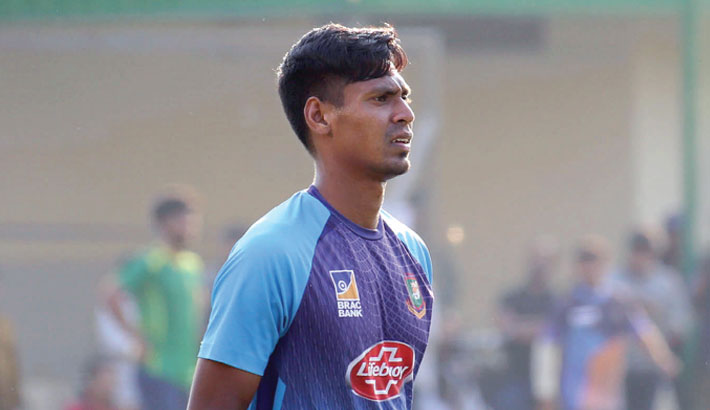 Bangladesh Cricket Board selector and Rangpur Rangers advisor Habibul Bashar Sumon admitted that Mustafizur Rahman’s inability to return to his former self, has become a major reason of concern for the selectors.

Mustafizur’s 4 wickets for 37 runs from four overs, might not look like a bad bowling figure in T20 format, but Bangladesh’s star fast bowler conceded four sixes in his last over which saw Cumilla Warriors riding to 150 runs from 124 runs in a single over.

Mustafiz, who has been a death over specialist for Bangladesh, has experienced yet another mediocre day when he was proved expensive at the end of the innings. Rangpur advisor Bashar also admitted that.

“Mustafiz is becoming expensive at the end of the innings. He is our bowler for the death overs,” Sumon told reporters at Sher-e-Bangla National Cricket Stadium on Thursday.

“He is a special bowler. He is getting the wickets. He has been the top wicket getter in last one year for Bangladesh,” added Bashar.

“(But) if he becomes expensive, then it becomes hard for the other bowlers to cover him up,” he added.

“He used to be economical. But now things have changed,” told Habibul.

Mustafizur’s lack of ability to produce lethal spells has not gone unnoticed, the pacer consequently missed the Test matches against India recently.

Bashar opined that Mustafizur is becoming predictable for the batsmen as he is also failing to produce the yorkers he used to deliver initially in his career.

“Now he is bowling with good pace. Slower deliveries are still there, (but) that effective yorker is missing. He is becoming more predictable. This is my concern. Batsmen are able to predict what he is going to do,” told Bashar.

The former national team captain said that it is high time for Mustafizur to think how he should bowl and advised Fizz to have second plan if something is not working in favour.

“I feel that he should think more. The batsmen and the bowlers always think,” said Bashar.

“It is high time that, he should think about the batsmen who are successfully predicting him. He should decide whether he needs go to his second plan. Maybe the coach will instruct him, but the player also needs to understand the strategy he needs to follow,” Bashar added.