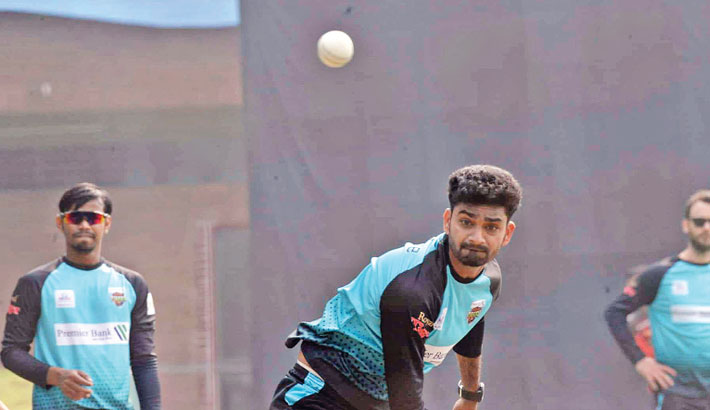 Bangladesh off-spinner Alis Al Islam said on Wednesday that he is confident that he can make a comeback in Bangabandhu Bangladesh Premier League (BBPL) with a remodeled action after completing an eight-month recovery.

Alis made the headlines on his BPL debut last season when he stunned a huge number of spectators at Sher-e-Bangla National Cricket Stadium by taking four wickets conceding 26 runs with a hat-trick.

Two days after picking up the hat-trick, Dhaka Dynamites off-spinner Alis came under the scanner for a suspect bowling action and later it was found out that the 23-year old had a ‘faulty action’.

However, he continued to play in the tournament courtesy of the rule which stated that a player with suspect bowling action can play for twenty one days following the identification of his suspect action.

Misery followed Alis everywhere as his stardom was shortlived as he sustained an injury during his match against Sylhet Sixers in the next week which ruled him out of the tournament and put him into a long rehabilitation programme.

There were doubts whether he can play or not, firstly due to the long rehabilitation programme and secondly because he had to clear his suspect bowling action.

“I am confident with my bowling action and looking forward to play in the BBPL,” Alis told.

Bangladesh Cricket Board (BCB) Bowling Action Review Committee Member Nasir Ahmed said that they have checked Alis’ action and cleared him as they found no problem with it during the test.

“He is completely ok (action-wise) considering the way he bowled,” said Nasir.