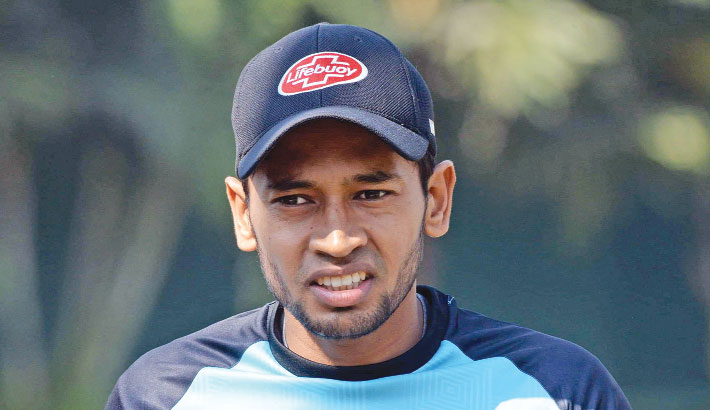 Bangladesh wicket-keeper batsman Mushfiqur Rahim said that Bangabandhu Bangladesh Premier League (BBPL) will be ideal platform to prepare for the upcoming ICC World Twenty20, scheduled to be held in October 2020.

Mushfiqur insisted that he is however not losing his sleep thinking too much about the World Cup as he is more concerned with his next assignment.

“We still have ten to twelve months before the World Cup. To be honest, I am thinking about tomorrow’s game and BBPL right now,” Mushfiqur told reporters at Sher-e-Bangla National Cricket Stadium.

“World Cup is big occasion but we still have many tournaments and many T20 series before it. It is very important to play well in these tournaments. That’s why I think BBPL is the ideal tournament because here the matches are very competitive,” he said.

“And there are many international players that we will share the dressing room with. This is a very big opportunity for us,” he said.

Mushfiqur Rahim said that the difference in player’s payment between local and foreign cricketers in the BBPL is very disappointing.

“If you see our local players, Tamim Iqbal or Shakib Al Hasan- we perform consistently the whole year but some players who just play T20 cricket, they are getting paid more. It feels as if we are being treated differently. So I think it is a bit discrediting for us. If you consider other leagues, local players are the highest paid players,” Mushfiqur told reporters when his attention was drawn regarding the salary-difference between local and foreign cricketers.

“Maybe our performance is not up to that mark. So, we will try to give our best performance,” he said.

“We never get the expected wage and we tried to notify them about it (during the time we put up our demand),” said Mushfiqur.

“They (BCB) also promised us. Maybe this BPL was arranged in hurry but at least it is taking place,” he said.

“Of course, they gave us the hope. And like I said, it has been arranged in rush. The fact that it is at least being organised is very important for us,” said Mushfiqur.

“I hope everything will be fixed from next year. So I am hoping that the demand that we have should be reviewed in next year,” he said.

“I am not talking only on behalf of the ace players, remuneration of players of other grades should also be under review. The players who perform consistently whole year should get better ranks. Maybe there are only four-five top players who perform well consistently over the whole year. If I say Shafiul Islam or Taijul Islam, they were outstanding last year, even Abu Jayed Rahi. They are in B or C grade. So I think they (BCB) should look into these matters. This will be good for Bangladesh cricket,” he concluded.