Harvey to undergo back surgery 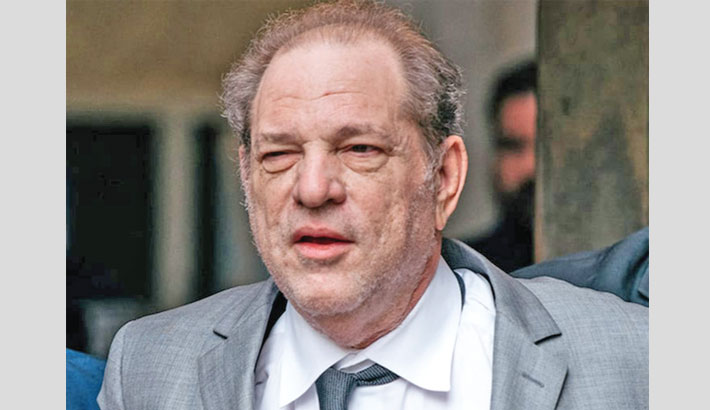 Disgraced mogul Harvey Weinstein will be undergoing back surgery soon, his lawyer says.

Days after Weinstein, 67, was pictured leaning on two men when appearing at a bail meeting, his lawyer Donna Rotunno has released a statement addressing the former producer’s health.

“I was dismayed to see all the press coverage incorrectly stating that Mr. Weinstein was trying to garner sympathy at his court appearance last week,” Rotunno said in a statement to PEOPLE, first reported by Court TV. “Mr. Weinstein was in a serious car accident in August, which resulted in a concussion and has now necessitated the need for back surgery later this week. He has been using a walker to assist him as the back pain has increased. He wanted to leave the walker in the car, so it did not appear that he was looking for sympathy, as he is not. The press surrounding his physical condition is mean spirited and false.”

According to Variety, Weinstein was in court on Friday as prosecutors argued for his bail to be raised from $1 million to $5 million. The District Attorney’s office went on to say Weinstein abused his ankle monitoring system, while Rotunno argued that he had appeared at all his hearings and should have the bracelet removed.

Weinstein has been accused by dozens of women of sexual misconduct, harassment and assault. He has denied all allegations of non-consensual sex.

The Oscar winner has not been convicted of any crimes and is currently scheduled to go to trial in January 2020 for charges of rape, predatory sexual assault and criminal sexual act based on the accusations of two women, according to The Washington Post. He has pleaded not guilty to all charges.

Weinstein reportedly reached a tentative $44 million agreement in May that would see him compensate women who have sued him for alleged sexual misconduct and board members of his former movie company while settling a pending civil-rights lawsuit by the New York State Attorney General’s Office, according to multiple reports.