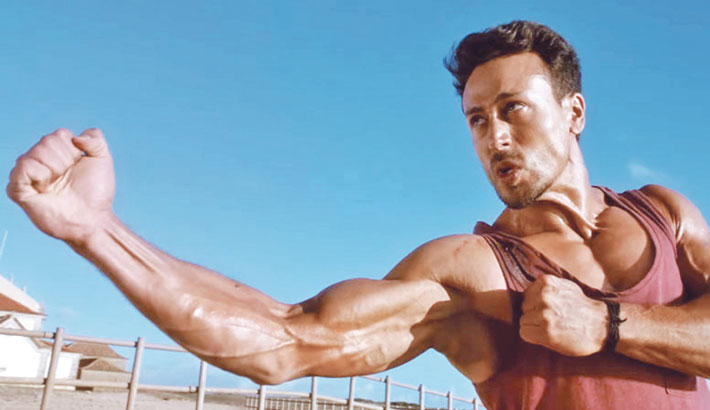 Tiger Shroff has been working hard for Baaghi 3. The actor is doing his best to give fans something exciting and unexpected to look forward to in terms of action. Following the success of War, Shroff and Baaghi 3’s filmmakers had revealed that they would leave no stone unturned to show the audience something new on the big screen, reports news18.

For Baaghi 3, Tiger is training with Olympic winner Milica Mandic. Mandic, who is a Serbian taekwondo athlete is best known for becoming the first gold medalist of independent Serbia at the 2012 London Olympics. She had also bagged a gold medal at the World Taekwondo Championships in 2017.

A source close to the project told Mumbai Mirror that it was one of the film's producers who arranged for Mandic to meet Shroff. The athlete arrived at the sets of the film in Belgrade on Monday and interacted with the actor for over an hour.

Talking about the meeting, Tiger said, "I have seen Milica’s matches. We discussed her plans for the coming year. I would love to visit her club to train with her and her coach."

Baaghi 3 has currently been shot in over 5 cities throughout Serbia. Alongside Tiger Shroff, the film's cast shooting in Serbia includes Shraddha Kapoor, Riteish Deshmukh, and Vijay Varma. Shooting is expected to be completed this week.