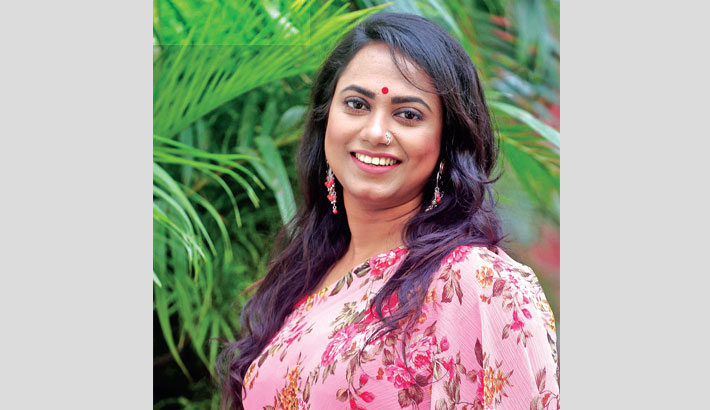 Robena Reza Jui is one of the popular faces of the small screen. She also has proven her mettle as an artiste. She has been impressing audience with her natural acting skills from the beginning.

Now, the actress will be seen in a drama, which is based on the story of a novel of noted litterateur Syed Shamsul Haq. The drama titled ‘Nil Dongshon’ where Jui will portray the character of Maya.

Directed by Hasan Rezaul, the script of the drama has been written by Moni Haider.

Regarding the drama, Jui said, “This is my first work with Hasan Rezaul. He has made the drama with utmost care. But the big thing is that, I am working on one of our country’s prominent writers Syed Shamsul Haq’s story. It’s a great honour for me. I hope viewers will appreciate our work.”

Jui’s husband Mosharraf Karim will also play an important role in the drama. His character name is Kazi Nazrul Islam.

The shooting of the play has already been completed and will be released on a YouTube channel on Victory Day.

On the other hand, Jui will be seen in a new drama serial titled ‘Jongole Gondogol’ on Nagorik TV soon. Besides, Jui acted dramas—‘Chatam Ghor’, ‘Full HD’, ‘Hossain Bhai er Dokane Asha Manushjon’ are being aired on different TV channels.