Scientists to harness the sun to break down plastic 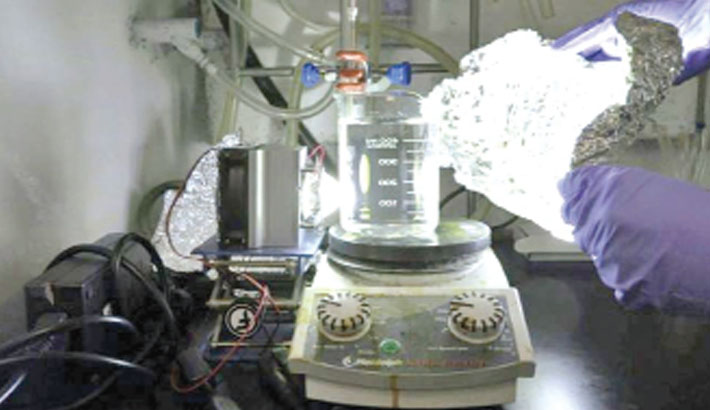 Scientists said Wednesday they have come up with an environmentally-friendly method that uses artificial sunlight to transform plastic into power-generating chemicals, as countries worldwide battle to reduce waste, reports AFP.

Huge quantities of plastic have piled up on land and been dumped in the sea across the world, with Asian nations in particular facing criticism for failing to tackle the problem. Researchers in Singapore say they have converted plastic into “formic acid”, which can be used in power plants to generate electricity, by using a catalyst which neither damages the environment nor costs a lot of money.

In lab experiments, researchers from the city’s Nanyang Technological University mixed plastic with chemicals to form a solution, which could then be broken down by artificial sunlight.

The plastic was broken down in six days, and scientists hope the process can be carried out in future under real sunlight.

“We are able to turn plastics, which are of course polluting the oceans, into useful chemicals,” said Soo Han Sen, who led the two-year research project and is from NTU’s School of Physical and Mathematical Sciences.

“We’re hoping to turn this into a fully renewable process that’s carbon neutral.”

Other methods of recycling plastic typically require it to be melted down using fossil fuels, which produce climate-damaging greenhouse gases.