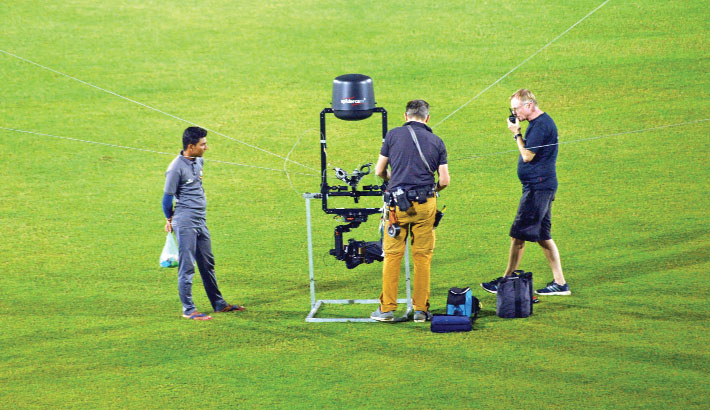 Bangladesh Cricket Board (BCB) CEO Nizamuddin Chowdhury said on Monday that they are learning from their previous mistakes and making sure that these mistakes are not repeated in the upcoming edition of Bangabandhu Bangladesh Premier League (BBPL).

In the previous season, absence of Ultra Edge, Snickometer or Hot Spot technology in the tournament’s Decision Review System (DRS) had made headlines alongside many instances of errors in the broadcast.

There were several occasions where commentators were heard mispronouncing players’ names, getting the names of fielding positions wrong.

Furthermore there were occasions when viewers had to experience graphical errors. “We always learn from out mistake. This time we (BCB) tried to ensure the best of the technologies for (broadcast) production. Spider cam and drone will be used in broadcasting the matches. In Dhaka, we will have the spider cam because of the available facility and in Chittagong and Sylhet we will have the drones,” Nizamuddin told journalists at Sher-e-Bangla National Cricket Stadium on Tuesday.

“We have learnt about a few production errors last season through reports in media. So this time we are ensuring the best production technology available. The tournament will start tomorrow (today) and the commentators have already reached Dhaka. If we need to enrich the quality of the commentator panel, we will look into it,” the BCB high-up added.

Despite efforts things have been haywire for BCB even on the day before the tournament. BCB, following a long dispute with the franchises, had come with the plan to organise the tournament on its own. But as it has unfolded so far, miscommunication between the teams and BPL Governing Council has been blatantly evident.